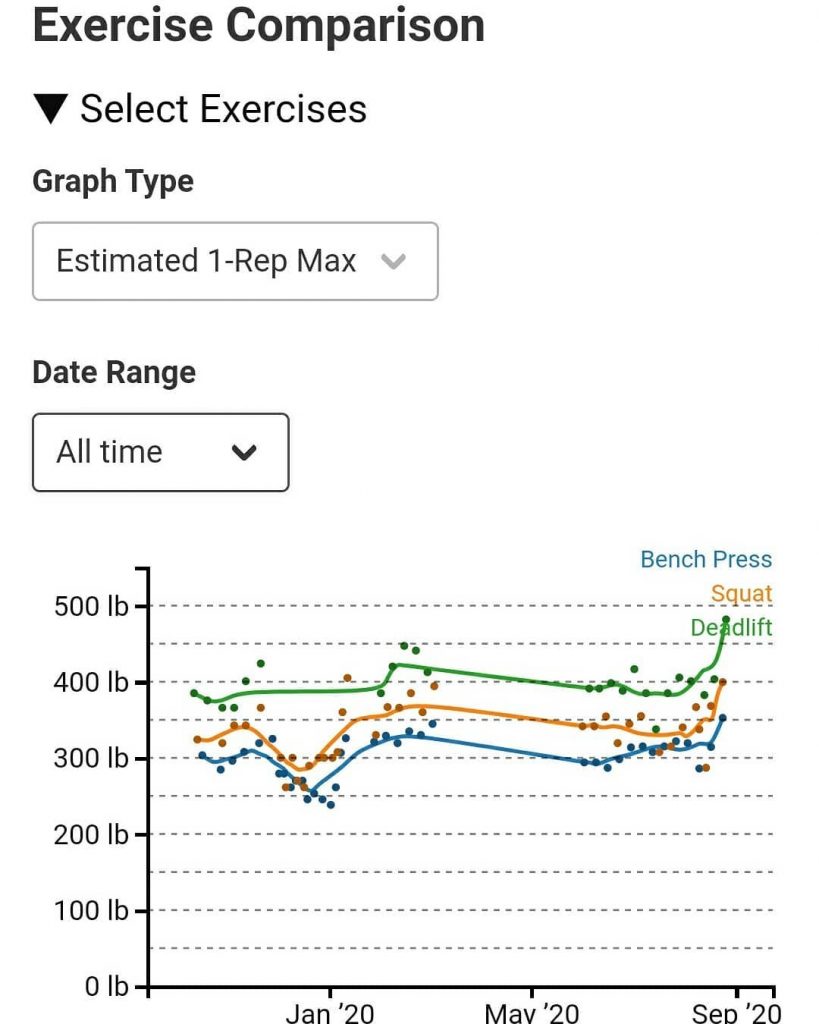 Not only am I leaner than ever, but I have reached a new strength peak.

Below here is another screenshot from the website, StrengthLevel.com, an online database that compares lifts with other lifters world wide based on age, sex, and weight.

I’m 194lbs now for reference, so at this point I have just about reached the thresholds that Chad Wesley Smith of Juggernaut Training Systems had said a grappling athlete would need to be elite:

These are estimates based on lifts at lower weights and higher reps, so these calculations aren’t super reliable. Later on in the program, I will get the opportunity to test these estimates and see what my actual max numbers are.

Regardless, it’s a good sign that I’m moving in the right direction. I know I’m stronger by the feel of how the weights are moving. Part of it is from being physically stronger, but a good part of it is better technique.

Much like the martial arts, there are small details to lifting form that can unlock performance and create higher efficiency. Particularly with squats and dead lifts, I am making good progress on technique, as I never focused on those when I was younger.

So what’s my goal now?

While I have hit a new milestone in my strength peak, I am not done yet. I made that mistake as a teenager.

I was 17 years old, and set the goal to bench press 300lbs. I seemed to have some natural ability to bench press, as my performance here eclipsed that of all my other lifts. In about 7 months time, I was able to hit 300lbs at 200lbs. I remember the moment well, because it was not what I expected.

I had this vision of achieving this goal being a big moment. Joining the 300lb bench press club, getting my name on the wall, and being a powerhouse. Instead, no one really seemed to care. I was also underwhelmed, as it seemed relatively easy to do. I then had no other goals setup for myself. I eventually stopped lifting altogether, as I had lost purpose.

A foolish error, as if I would have maintained the routine of weight training from that point as a 17 year old till now, I can only imagine how much stronger I would be, more technical, and how that could have reduced injuries and improved performance in my competitive career.

So even though I have reached a strength peak, I will keep looking to set new peaks.