How We Will Train in a Post COVID-19 Society 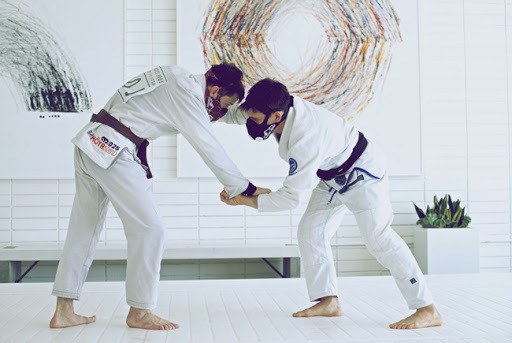 With a reopening of the USA slated for May 1st, many are wondering how martial arts would be reintroduced to the public in concerns with health and safety.

If I had a say, it would be the same as always.

All this fear mongering we have had about this coronavirus being the end of the world, with hundreds of thousands dead in the US alone – instead that never happened.

The fact is, more people die from other causes than what we are saying with COVID-19. These are stats from 2017 FYI:

Point being – all of this freak out was overblown. Yes it is a serious problem, many people died, and it addressed problems in how testing was done, staffing, equipment shortages, and infrastructure issues. But, was destroying the economy and retreating into our homes the proper solution?

I don’t think so. We aren’t stopping people from driving cars, or preventing people from having sugar or cheeseburgers, despite how much more people are affected by them than this virus. Even the seasonal flu has more deaths attributed to it.

Perhaps a week or two was warranted to play catch up and get the infrastructure that was missing online. But as of now, there is no reason to remain closed in my opinion. From what I have read, there has not been one person with coronavirus in the US denied healthcare or access to a respiratory, so we do not have issues with scaling at these point.

We have been told this will likely become another seasonal virus. So there is no hiding from it. And a vaccine doesn’t cure you either – or else we wouldn’t have to develop new flu vaccines every year.

What I had said a month ago still holds true today – the endangered population should remain sequestered until the coast is clear. But the young, healthy, and fit should be back to work and living life. With the way this is going to continue, herd immunity would seem to be the best way of safeguarding the endangered population long-term, and that is only going to happen with young healthy people living outside.

Will some people die from this, of course. But as a I said earlier, the risk of death doesn’t stop us from driving cars (more deadly than this). The costs of a long-term shutdown would be worse than what this disease could ever do.

Of course, I think practicing proper hygiene has always been important, and perhaps the silver lining here is that people may finally take it seriously. I know people that will train with ringworm, with a flu, or some other contagious illness like it’s not a big deal. It is. As I say, those people that train with a contagious illness are like the people in zombie movies that try to hide the fact they were infected – they are going to screw everyone selfishly.