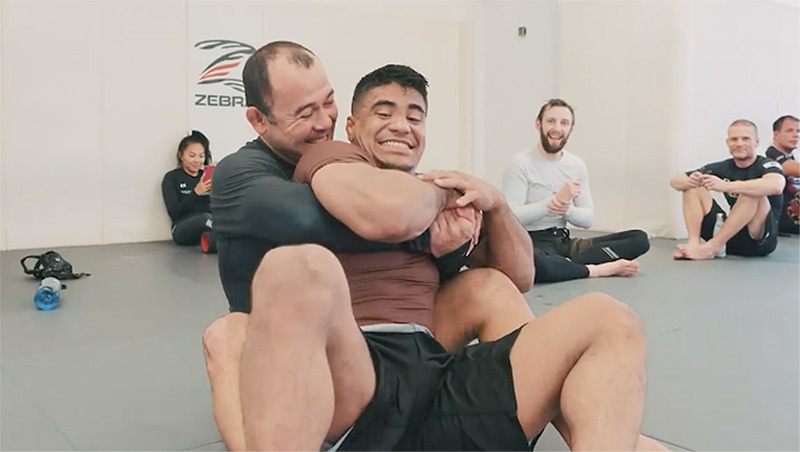 I know a lot of people will disagree with me on this one, but hear me out.

Whenever people talk about P4P best grapplers in the world, Marcelo Garcia always gets brought up.

Just to be clear, Marcelo Garcia is a phenomenal grappler. He has made many contributions to the sport by popularizing many positions such as the seat belt grip, x guard, his guillotine variations, and much more. On top of that, he is a classy and doesn’t draw negative attention to the sport. To me, that makes him a great martial artist.

That being said, I find it difficult to say he is the P4P best grappler. Why?

For one, he has never won an ADCC Absolute division. This is the crown jewel, the top prize of any grappler’s collection. He has made several attempts, but has been thwarted every time:

In these matches, as far as I can remember he was dominated. These were not close matches, and none of these competitors are in top 10 lists (although cases could be made).

If we were saying he is the top 76.9kg grappler of all time, I wouldn’t argue that. His ADCC run was very impressive. I think he only suffered one loss to Pablo Popovitch, and that was super close and controversial to some. His dominance in that weight class was not really challenged or repeated by anyone else so far.

But his style did not translate well outside of his weight class against top competitors. I understand that P4P means IF he was the same weight, he would conceivably be better. But his losses against competitors just one weight class above doesn’t convince me if he was bigger he would do better.

To me, the P4P champ right now is Andre Galvao. He started as a 76.9kg competitor, moved up to 87.9kg, and now probably in the 99kg territory, and has dominated all of his opponents. His style his translated to different weights well.

Gordon Ryan has to be up there too, and especially with the amount of competitions he has done under various rule sets, has proven he is one of the world’s best. He is another that has transitioned between weight classes (at this point I think 3 different weight classes) and done extremely well.

On the lighter end, someone like Mikey Musumeci makes a compelling case. He has only lost 3 matches in the past 5 years out of 48, and all three by judges decision or advantage. He recently entered an absolute division, and defeated a monster opponent (easily over 150lbs his size), and lost by advantage to Mahamed Aly, another absolute monster. He is mostly a gi competitor though, but point being is that if he was Aly’s size, it would be easier to see him winning that match considering how close it was.

That’s my take on it at least. Again, it’s not a knock on Marcelo. He is an amazing grappler and his made a major impact on everyone who trains BJJ & MMA with just how he popularized the seat belt grip alone. But I just don’t see him as a P4P champ, rather the lightweight champ.