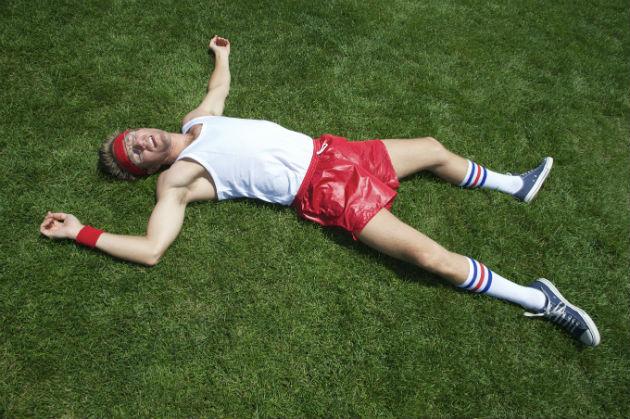 My training got pushed off the rails, and I had to get myself back on track.

I consider myself disciplined, but after about 2 weeks of not doing my usual fitness routine, I’m having trouble getting back on it.

It isn’t as if I was sitting on the couch doing nothing. For the first week I was teaching my camp, about 3 hours a day, and also doing a bunch of extra activities. The following week, was hunting and hiking, and a good amount of it. Fitness wise, I was doing a good amount of exercise.

But when I went to resume my workout routine on the following week, I crashed and burned hard. Partly this was my fault. I had tried to resume a routine that I stopped just before the interruptions, which probably wasn’t wise, as it was a peak strength lift of squats and bench press. I did my usual warm up and when I went to do my top lifts (a 4 rep max), I under performed on both lifts.

Not a super big deal, but the following days I had massive soreness. I failed to do a few things: my sauna routine and my stretch routine – which I forget how helpful they are to combat DOMS – delayed onset muscle soreness.

I spent the next 4 days waddling around my house like a duck, lol, being quite useless. I made some effort to walk more, but I ended up doing my computer work and moving away from my usual fitness routine. I did have a good amount of catching up to do as well (and still do), so it’s not as if time was wasted.

But the point still stands: my routine was broken. I had a few days to lick my wounds so to speak, but I decided that on Monday I will get back to doing my routine from scratch. So yesterday I restarted my stretch routine, sauna work, and a nice walk. It felt good to do things in their proper order.

The strength of a routine lies in it’s consistency and history. A routine without consistency isn’t a routine – it’s just something you do every so often. So the longer you stay with a routine, the more power it has to compel you to stick with it. So in the past 2 weeks, I ended up breaking a routine I have kept alive for over 2 years.

Now 2 weeks off a routine I have kept for 2 years doesn’t mean it’s dead in the water. In hospital terms, it was probably in urgent care. If I would have totally fell off the wagon, eating quarts of ice cream and pizzas, then it might have been in the morgue, lol.

So breathing life back into this routine of mine isn’t that drastic. For some of you, it might feel like you have to perform a miracle to get a fitness routine back to life – and you wouldn’t be far off from the truth.

If you have been far removed from fitness for months or years, then surely your routine is 6 feet under. You are going to have to make a new routine and birth it into existence. Such a feat requires will and discipline, as the new routine is fragile and can easily be broken at birth. But over the course of just 6 weeks, it becomes more robust and durable – able to jump over obstacles that previously would have derailed it.

The best routines start simple, and build over time. For example, you might just start with doing 20 push ups every morning. After a month of that, then you might increase to 40 push ups, or perhaps add a set of crunches to go along with it. Every so often, you modify the routine to give you more challenge or stimulus. Over time, your routine might become quite complex, but to you it will seem simple because it has become…routine.

I didn’t just wake up one day and decide I was going to do all that as a routine from nothing. It built up slowly. First was the walks. Then the lifts. Next the sauna. Then grappling, stretching, and archery.

So whether you just broke routine, it’s been dead for awhile, see if you can breathe new life into it, even if it’s something as simple as walking for 15 minutes or doing 20 push ups in the morning. You will be surprised what starts as something simple and almost trivial can become something great and powerful.