I lost my tooth after training! 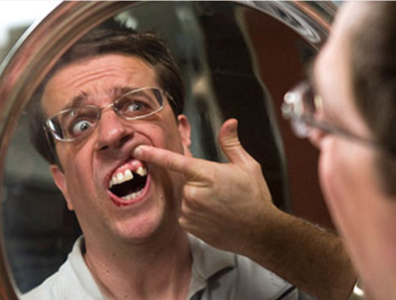 Since my last entry, I started to experience some tooth pain that persisted throughout the day. Had a hard time sleeping , and eating was unpleasant. Still, I continued on my regular training schedule and pushed through it – keeping my eye on the No Gi Worlds this Sunday.

This past Saturday, I trained at Kron Gracie’s Academy (http://krongraciejiujitsu.com) in an open mat session. I did solo drills for the first 45 minutes, just drilling shots, sprawls, sprints, shadow boxing, and BJJ drills. Then I did some light rolling with two of Kron’s brown belts, and get a good sweat going. Doing one of the rolls, I got upkicked right in the jaw and that really aggravated my wisdom tooth.

We then went to lunch, and I had to eat really slow to get through the meal. Kron was getting ready to fly to San Fransisco, where he was going to meet up with the Diaz brothers to help them prepare for their upcoming fights. He is also preparing to begin his MMA career and follow in his father’s footsteps, but from the looks of things he will soon be creating his own legend in the sport. Can’t thank him enough for his generosity during my stay here.

Saturday night was a rough one for me though. I became feverish, had back pains, and was tossing around the whole night. I took my dad’s advice about doing rinsing my mouth with salt water, which seemed to improve the situation on Sunday. But I still had persistent pain and difficulty eating.

That didn’t stop me from eating some Birria with my friends Scotty Nelson and Jason Selva though. I had been craving real Mexican food since my last trip to San Diego, and Jason had a great spot. Fortunately for me, it was a goat stew that was so tender it practically melted in your mouth, which made my life easy. My mouth is watering just thinking about it!

Monday morning came, and I was still in pain. Although I am not a fan of doctors or dentists, it was time to make a visit. I scheduled an appointment with a dentist after my training session with Jason Selva at Selva BJJ (http://selvabjj.com). Training at Selva’s was great! It was the best workout I have had here in LA – I literally sweat out over 8 pounds in less than 90 minutes!

The mats had some great talent, including Marcel Louzado, a BJJ Black Belt and absolute wizard on the mat. He was teaching so many guard passes that I didn’t get a chance to write all down, that I wish I could have recorded it all. Really nice guy that I am glad I got a chance to work with.

After training, it was time for the dentist. I went in optimistic, expecting that whatever was ailing me would be easily fixed. I looked up my dentist on Yelp, and he had very good reviews, so that was a plus as well. After his assistant took x-rays of my wisdom tooth, Dr. Gould checked me out and gave me his diagnosis.

It turns out that my tooth had died, and a cavity that was previously filled had leaked, causing an infection that was making my gums swollen and the source of my pain. He said that extracting the tooth would be the quickest fix for me to be ready for Sunday. Recovery time would be 24-48 hours to be 100%, which leaves me plenty of time to get better. For me it was a no-brainer, so I agreed.

The procedure was surprisingly quick. It took less than 2 minutes to pull out my tooth, and I was out the door in no time. I didn’t experience any pain until I got back to my hotel. I decided to sleep it off, and was happy that I woke up pain free. Today, it appears the wound is closing fast. I was able to eat breakfast, although I had to be careful to chew only on one side of my mouth to not aggravate it.

Now I am gearing up for training with my friend Alberto Crane at Gracie Barra Burbank (http://www.gbburbank.com). Will report back to you tomorrow!