I did my first MMA sparring session in 3 years… 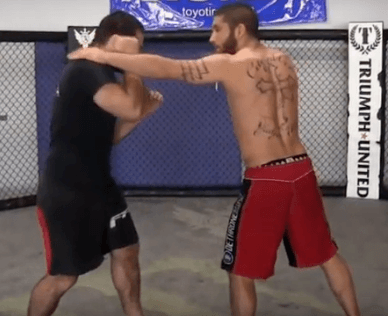 After about 8 months of not doing martial arts at all, I finally got in a session on Friday.

I was expecting a grappling class, but it turns out it was a MMA sparring class. It has been over 3 years since I had done MMA sparring, but I figured, what better way to test out my body.

The first hour of the training session was footwork drills, which I did well in, surprising most of the younger guys there. There was two reasons I was out performing them.

First, I had experience doing footwork ladder drills. It was a big part of my physical therapy from my ACL surgery. So while some of them seemed to be seeing it for the first time, I had done this many times before recently.

Second, I was putting 100% effort. While most of them were just coasting, as they were getting ready to spar, I was emptying the tank on these drills. The coach of the class, Dewey “Black Cobra” Cooper, had said he wanted to pre-exhaust everyone, so I took it to heart.

In general, I find people like to coast through the “non-essential” parts and save energy for the “essential.” The problem is, it’s all essential.

If you are saving your energy for one part of class, you are doing it wrong. Chances are, this means you are the type of person who is scared of getting tired. That is the type of person I love to compete against, because I know most likely I will get you tired and out of your comfort zone.

The idea is to get tired in training, and then push beyond it. This has two benefits. First, your body will improve it’s cardiovascular system to handle the workout. Second, you will become mentally tougher as you learn to push past your limits.

However, you have to be humble. Because when you are getting tired early in training, you are not going to do as well in later parts of practice. For example, while I was looking great early on, once we got into the sparring, I felt like a shit sandwich, lol!

My legs were shot, and felt like a snail moving around on my feet. So I had only one option to win the rounds, which was to get my opponent comfortable on his feet, and then take him down and keep him down with ground and pound.

I stayed on the outside, using jabs and front kick teeps to keep the distance, circling and backing up to draw them in. After a minute or so, I shot a double and then just ground and pounded for the rest of the round. Not exciting, but that was my best path to win with my level of fatigue.

For my first three opponents that worked well, as I was a bigger and a better wrestler. My final opponent was a young stud, with solid wrestling, BJJ, and good all around MMA and fresh as a daisy. In short, I got beat all over, lol. But besides giving me a whooping, he was controlled and didn’t hurt me, so I appreciate that.

If I wasn’t humble, I might have gotten offended, have hurt feelings, or make excuses. Then I might change how I train, and go light early, and save all my energy for one match to get “revenge” or something stupid like that.

Funny enough, there was a situation with the guy that beat me with another fighter in the training, who got upset because he got caught with a hook kick. Fortunately cooler heads prevailed, but it just shows how people can handle the same situation differently. Because I also got caught with a hook kick from him, lol, and my reaction in my head was, “Damn, nice kick.”

The important thing to understand is training is not the same as competition. Training is a tool to prepare you for competition. So don’t judge your sparring sessions like competition. Often times, you will be put in disadvantageous positions in training where you are meant to lose. You might be dieting or cutting weight and not feel great. Or you might be doing shark bait rounds and get beat up soundly by everyone.

That isn’t reason to have a mental collapse. That’s the idea. Struggle and suffer in training, so you don’t have to in competition. I have had plenty of times in training camps were I would be getting my ass kicked, feeling like I am under performing. And I was, because I was exhausted. This is where you need to have faith in your training plan. You know that when fight time comes, you will be fully recovered, and perform at 110%.