Are you getting worse over time? 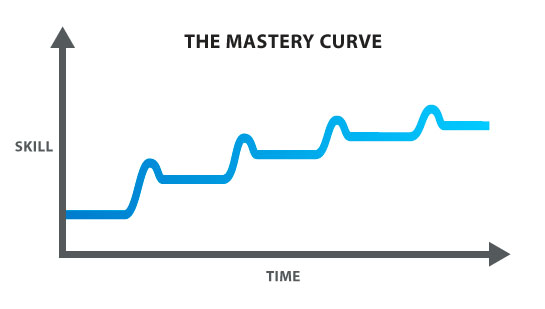 Every so often we will get served a slice of humble pie. Sometimes the whole pie. 🙁

I know when I was a senior in high school with aspirations for a state championship, I was wrestling my former team captain that graduated the year before. He came as a favor to give me a hard training session, but I got balled up bad. He totally destroyed me, as he was an excellent at riding legs.

After practice in the car ride home, I cried like a baby.

I was totally crushed. The mix of weight cutting, poor nutrition, and the insecurity of a teenager really tore me apart. Fortunately, my brother was there to keep me together and I went on to complete a successful season.

Point being, we all have off days. Some times off weeks, and even off months.

I once had a student once that was in his mid forties, a veteran competitor that had trained under me for over a decade, and a very knowledge man. But it seemed like he was getting worse. I saw him get tapped by a blue belt, and even white belts were passing his guard. He was a in very good shape, and trained all the time. So it didn’t make sense.

There are a variety of reasons that you can be trapped on a training plateau.

Above is a simple graph of how your training progression might be like if you find yourself stuck in a rut. When you find you have “hit the wall,” you need to take some time for self reflection.

All athletes hit a plateau at some time that seems like you do not improve at all. For some people it can be months long. What happens here is that there is some obstacle, lesson, idea, concept, etc. that for some reason you are not able to learn – so you get stuck.

Think of a runner. He currently runs a mile in 5:45 and wants to improve his time. But after a week of runs, he not only hasn’t been able to run faster, but he has actually added a few seconds to his time. The more frustrated he gets, the worse his run gets.

There are a few possible barriers that he may have encountered:

Physical barriers are simple to correct once identified. Simply switch out gear, increase flexibility, strength, or whatever physical attribute necessary.

Technical barriers take work and persistence to overcome. Sometimes, you need a technique to be shown to you many times before you can finally learn it. Absorbing a new idea and making it part of your life is like a sperm fertilizing an egg. Millions of sperm can try to fertilize an egg but nearly all of them will fail, sometimes all. Your mind is the same way sometimes, and certain ideas are harder to learn than others.

Usually this means you have some preconceived notion that contradicts that idea, or just don’t understand the idea fundamentally. The best way to combat this is to repeatedly expose yourself to that idea, and try to have it taught to you in different ways until one of them makes it through. Persistence is key.

Mental barriers are the hardest to conquer. Most people are not even aware they exist. Even when they do, they don’t know how to overcome it. The problem is that you can never delete ideas from your mind – they have to be swapped. You have to replace the old idea with a new idea, which is difficult.

Besides having to go through the idea impregnation I mentioned earlier, you also have to get past your ego. To stop believing in an idea, it means that you were wrong. Your ego doesn’t like being wrong. It rather hold on to an idea that it has known to be true for decades (even if it has caused you pain), than to accept a new idea with unknown consequences. For these reasons, conquering mental barriers are the most difficult, but most rewarding obstacles you can overcome.

Through out the whole process, keep your goals at the forefront. Conquering obstacles is hard work, and you will need strong motivation to overcome them. Whether that means to be a world champion, to get your black belt, or just to better than yesterday – use that goal to push yourself to another level and break your old limitations.