Discovery of the Reverse Kimura Trap 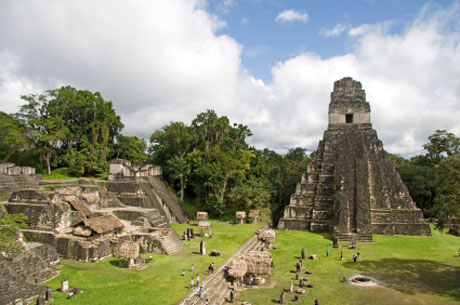 Continuing from my last post, let me give you a real world example of how discovery can take place – using the Reverse Kimura Trap.

I have known about using the Reverse Kimura from guard to a Flower sweep for over a decade. I had used it from time to time, but never thought about it outside of that context. I have taught it plenty of times, and nothing really changed. That is until I met my friend Spencer.

Spencer is a 1st degree black belt, around 160 pounds, and just a tad bit older than me. We train about twice a week together, and when we roll we are not trying to rip each others heads off. It is more of a flow roll. This has allowed us to play around a bit and do things we wouldn’t normally do against a hostile target. 🙂

Because of that, he developed good defense and posture to avoid getting caught with it. I have used the Reverse Kimura to sweep quite a lot, as by keeping his elbows tighter to his body, he made the Reverse Kimura easier. But after some time passed the thought dawned on me about using the Reverse Kimura grip from top position – particularly half guard.

I love to use the Kimura from top half, but once an opponent wises up to it, they just keep their elbows tight to their body. That would make the Reverse Kimura easy, but what exactly would you do with it?

So in the next session, I tried and was met with partial success. The guard pass worked as expected, but the submission did not. Since his hands were so close together, it was  easy for him to lock hands and as they were tight to his chest, the grip was very strong. So it seemed that finishing with the Reverse Kimura would be very difficult.

After the session, me and Spencer dissected the position more and came up with some alternative submissions – a mounted triangle and a knee bar. The next session met with some more success. Guard passing is definitely working, as is the knee bar. But, the mounted triangle or Reverse Kimura seemed to be out of the realm of possibility for a skilled opponent.

A spontaneous idea occurred while rolling, which was a way of taking the back. I had actually succeeded in doing so, but Spencer then revealed a more efficient way of doing it. In our next sessions, not only did we make the back take work, but I also found a transition to a 4/11 or honey hole from the Reverse Kimura Trap.

I could go on, but I think you can see the pattern emerging.

This is a 4 step cycle that repeated:

It is quite simple, but it takes some thought. Most people are too busy trying to win instead of learning. While in my case I met with success right away, more than likely you will stumble upon failure. I have plenty of ideas that I have attempted that looked great in my mind but terrible in reality.

That’s okay. That is part of the learning process. Knowing what does NOT work is just as important is knowing what works. Ask Thomas Edison and the 10,000 ideas that failed.

So go out that and make some MMA experiments. You may surprise yourself with what you may come up with!