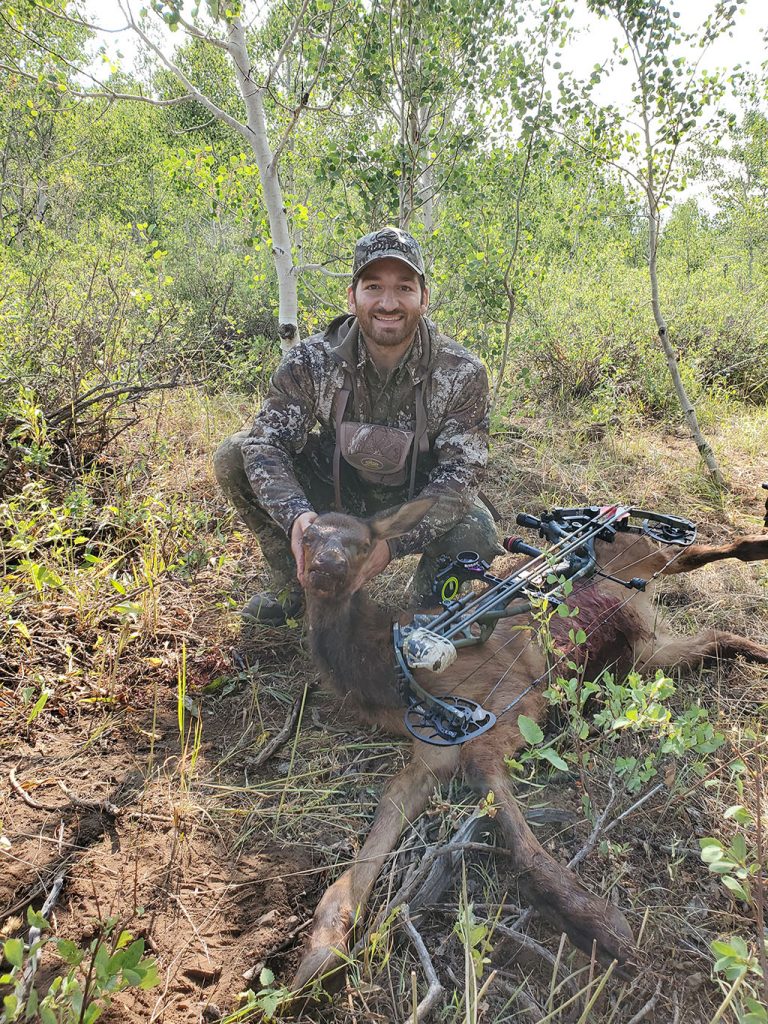 I haven’t posted in a while for good reason.

So I realize I have been MIA for a few weeks. I apologize for my absence, but I was busy for the first couple of weeks, and offline for the this last week.

One of the weeks I missed was for the BJJ retreat I hosted in my home. We had a great group of students join me in my house, and we had a blast. Besides our daily training sessions, I took them to Red Rock Canyon to hike, taught them firearm safety and basic holster work, took them out to the desert to drill the shooting work we trained, threw axes, spears, shovels, and throwing stars, partied at the strip, and did a hot sauna, ice bath recovery session.

In between training sessions, I was smoking up pork butt, pork loin, bison tri-tip, and bison burgers at the house, along with homemade brown butter chocolate chip cookies and fudgy brownies. Overall, it went very well, and made some new friends in the process.

Once the camp finished up, I had to head out to go on my first hunt. Fortunately, I prepared for most of it before the camp, but I did have to run around town to pick up some last minute supplies before heading out for a 9 hour drive.

My friend Mike meet met in Elko, NV, where we would be hunting. I met Mike at my last Costa Rica camp, and he offered me to join him in a hunt. I have had many people make the same offer, but Mike got me at the right time.

The first 7 hours of driving were just highway desert driving. But the last 2 hours were at night, and driving through rough, rocky trails, crossing water, and going up steep hills. My truck 4WD came in handy, as it powered through the trails in the night. Once we arrived at camp around midnight, we quickly setup my tent and hit the hay.

I didn’t sleep to well, as my sleeping bag didn’t provide that much cushion from the ground, and I have been spoiled by my fancy bed, lol. We got up at 5am, and I setup my gear to head out for our first day of hunting together. I followed Mike’s lead, and we started by glassing the area (using binoculars to scout). That morning, there was a lot of elk activity, and they were making a lot of noise – a great sign.

We set out down the hill to intercept one of the herds of elk. Within the first 2 hours, we started hearing elk calls within 100 yards. We dropped out packs and Mike called back. To our surprise, we heard an elk running right at us, and had to move quickly off the trail behind a pair of bushes.

Mike was behind a big bush, and I was behind a small bush. In between, was a great shooting channel pointing at the trail. As I was moving towards the big bush, a young elk appeared in the shooting channel about 20 yards away and stopped. I was half way between the bushes in a high kneel, and had to freeze myself. With the camouflage, the elk had a hard time discerning what was going on, so that was my opportunity to take my shot.

I already had an arrow nocked, so I just drew, aimed, and released an arrow. The elk run back on to the trail in retreat. I knew I hit it, but I wasn’t sure if it was clean shot. Mike couldn’t see from his vantage point, so the first 10 minutes we just waited. We then peered onto the spot I shot it from and saw a good blood trail, a good sign.

Typically, you want to want at least 30 minutes before pursuing the animal, as if you chase it right after shooting, you will make it run further out – and tracking a blood trail through thick brush is no fun. So, we had breakfast while we waited right at the same spot. My buddy asked me if how my heart rate was, I don’t think my heart rate moved any faster than usual. I did some mental prep before the hunt, watching POV hunting videos, and doing some visualizations of my hunting based on their experience. When it came time to shoot, it all happened naturally – even though I’m a rookie. It’s weird, but it flowed smoothly for me.

Mike joked that it was too easy. Hunting is usually a much longer, drawn out process, and getting such a close range shot is uncommon. Yet, I scored my first kill within 2 hours of day 1. I chalked it up to beginner’s luck, and I’ll take the easy win for my first outing. 🙂

After breakfast, we went out to pursue the blood trail. The blood trail surprisingly stayed on the trail for the most part, although it did dive to the left and seemingly crashed into a bush, where a large pool of blood formed. But there was no body, and the trail went cold there.

That left us in the dark for a bit, as we searched around the area to recapture the trail. After about 30 minutes, we find a small bit of blood on the dirt further along the trail. We then just followed the trail further down, not seeing much, until I was able to see the body off to the right hand side of the trail. It was less than 100 yards away from where I shot, but it took about 45 minutes to find I estimate.

Looking at the body, we confirmed it was a clean kill, with an arrow hole that went through and through right into the lungs, a little bit higher than center vertically. Then we got to work field dressing, which turns out to be a lot more work than I expected. Fortunately, Mike mentored me as we took turns skinning, deboning, and packaging the meat into my game bags. It must have taken close to 90 minutes to get all the meat out.

When I visualized this process, I thought I would have a harder time doing it. But I didn’t. I had no qualms twisting off legs, cutting out muscles, and literally ripping the heart out of it’s chest. I went as far as to take a bite out of the heart, which apparently is a native American tradition. This was also easier than expected, as it just tasted like unseasoned meat.

Once we packaged everything, we hiked out way back to camp with meat in tow. Fortunately, we were just on the trail, so hiking up wasn’t a big deal, and since the elk was young, there wasn’t as much meat to hike back. Later that night, I grilled up some steaks from the elk and it was very good. It reminds me of bison, but slightly different taste.

That wasn’t the end of the trip though. Mike was generous enough to give me the first shot, but he still had to fill his tag. So we glassed that afternoon, and had a plan for the following morning. This is when I saw what hunting was really like. We hiked about 5.5 miles that day, and saw elk several times, but never had a good shot angle to capitalize on. The next day, we hiked 6.5 miles and saw no elk whatsoever. On the final day, we glassed in the morning and saw absolutely nothing. The smoke from the California fires started to roll into the valley, and at that point, my buddy called off the hunt.

It was a bitter sweet for me. I really wanted to see him get an elk. But he has been hunting for almost 30 years, so he has learned to enjoy the whole process, regardless of filling a tag or not. Being out in nature, with no one else around except us for 5 days was really amazing. No phone calls, internet, or any distractions whatsoever. Just being in nature and admiring all of it’s beauty.

I had more fun being part of some of the close calls we had on his hunt, including an 1.5 hour stand off with a bedded elk. He was slowly making his way to this elk that was in between a pair of trees, not allowing a clear shot at the vitals. So he had to very slowly move up to it, getting about 50 yards away. However, he still didn’t have a clear shot, and needed the elk to get up into a shooting channel just 3 yards ahead of it.

But nature decided to intervene and started to rain on us. This got the elk on it’s feet, and he was ready to see the elk cross into that channel. Except it made a short U-turn and went the other way. A major bummer, especially for our knees. 🙂

Overall, it was a remarkable couple of weeks for me. I’m just now returning to my regular routine, which is a bit tricky after being off-grid for a bit.