What do fight fans want to see more than anything else? 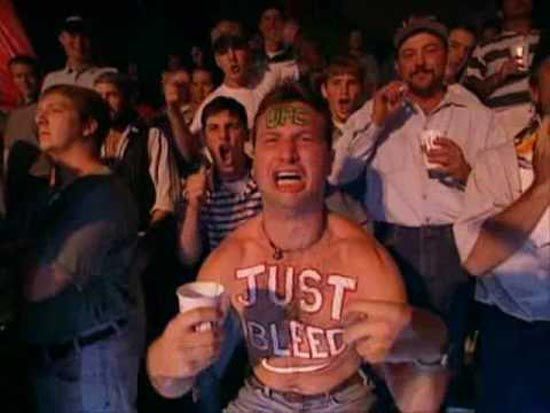 Is it a knock out? A submission? A bloody brawl? A big brawny fighter? Sexy ring card girls? All of the above?

All of those things are in or part of every fight card. There are a bunch of MMA promotions besides the UFC like OneFC, Bellator, PFL, Invicta, and many more with fights that have these events happen.

But none of them have the draw that UFC has. Why is that? Is it because the UFC has the “best” fighters?

Behind every big fight that sold millions was a big story that everyone could sink their teeth into. The story involves characters that are larger than life with personalities to match, with some type of drama. The bigger the characters and the conflict, the more interest the fight garners.

It becomes a fascination to all that see it and the conflict requires resolution. People must know what happens when these warriors step inside the cage to resolve their differences.

Conor McGregor vs Khabib Nurmagomedov was the biggest PPV in MMA history, and it had the most over the top drama that literally had criminal actions in it. Coincidence? No. Conor went above and beyond to manufacture so much drama to make sure every headline was about the fight.

Some people see Conor’s success with creating drama and try to replicate it, but are missing some key ingredients. Drama by itself is not enough. You can have two middle school kids talk tons of smack to each other and no one would care outside the school.

Because these kids are not characters that most people would connect to, nor are they larger than life. The drama of small trivial characters is not that intriguing, even when the drama is huge.

Unfortunately, other shows have not been able to create the characters or the drama needed to capture the hearts and minds of MMA fans worldwide. The characters in particular have been missing.

It’s not that they don’t have interesting stories, but they are either failing to communicate them, or not be given the medium in order to do so. At the end of the day, without proper marketing, even the best products can’t be sold if people don’t know they exist.

In an ideal world, people would be rewarded for their merits alone. But we are far from the ideal, so we need some better story telling done by promotions to get fans interested in fighters outside the UFC.