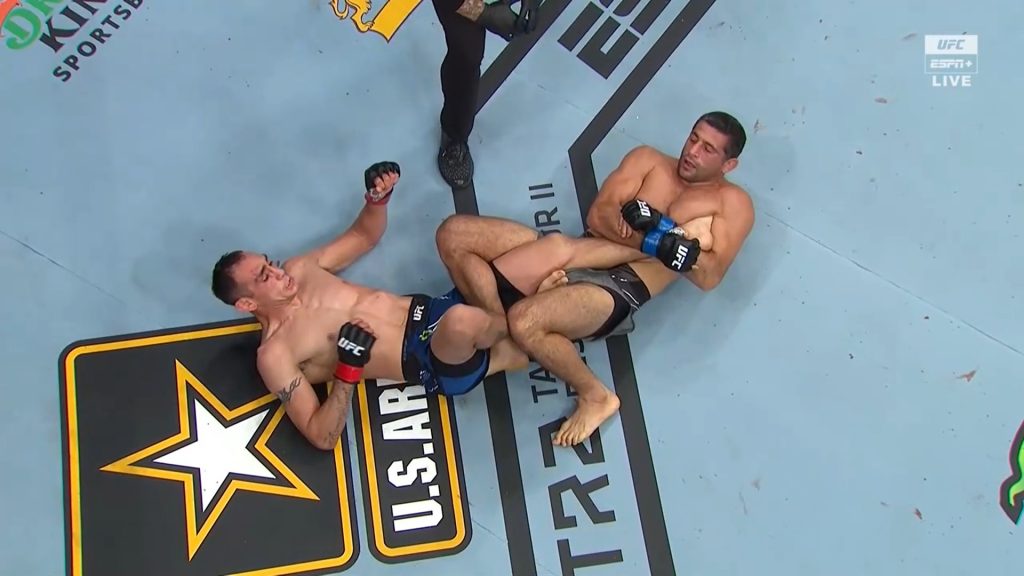 You got to know when to fold them, but Tony is just too damn tough for his own good.

I hate to be that guy, but father time has not done any favors for Tony Ferguson. For someone who rarely tasted defeat (25-6 pro MMA record), he has lost his last 3 fights, and they were all particularly brutal in their own way. Granted, his last 3 fights can also be considered some of his toughest opponents to date, it still doesn’t look good for Tony.

From TKO, to getting his arm cranked, and in the above clip his leg twisted, it’s been pretty rough. Tony’s mental state has usually been his unusual asset. Not someone who looks stable, but crazy enough to fight out of any situation.

But that mental toughness might cost him more than his body is able to take. The clip is hard to watch, because you can say him yelling out as he gets his knee twisted. I would bet that he tore something, and knee surgery at 37 is no picnic.

Maybe. Maybe not. But if he wants to continue, he needs to regroup and change up his training or mindset. Clearly, something isn’t working and needs to be adjusted.