Check out Our Online Store

The Small Stream The Cuts Through A Mountain 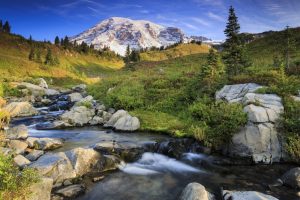 While most people admire and respect great speed, power, or toughness, people oven overlook consistency. It’s easy to, as with just consistency alone, there isn’t any feature that stands out. And you can easily take it for granted because it’s always there. But, even a gentle stream of water can break down the sturdiest of mountains over time.

Consistency IS the exceptional power that can allow a less powerful entity to overcome a more powerful one. On my social media, I mentioned Colby “Chaos” Covington’s path to victory is unrelenting pressure. He just is constantly pushing, whether it’s striking or wrestling. He is not exceptional at anything: his wrestling, striking, grappling, speed, and strength are all good – but none are world class. His conditioning, however, is second to none – which allows him to consistently apply pressure to break down the mountains in his division.

But consistency applies to more than just conditioning in the martial arts and life. It’s also about showing up to training. Much like the gentle stream, just coming in regularly (or as much as possible) will give you that super power to overcome the highest of mountains.

Sure, there are people who can be stronger, faster, quick learners, and naturally gifted to a trade. But sometimes that can work against the gifted. People who have things come easily to them tend to not work as hard – because they do not have to in order to reach a certain level of success. If their ambition or will is not high enough, they can easily be satisfied and not driven to work as hard.

Any coach can tell you this. I have many accounts firsthand of exceptional athletes that fell off because of lack of consistency. Whereas I have had many “normal” (for lack of a better word) athletes that have went on to surpass them and both skill and accomplishments. That is why a dedicated and consistent student is preferred over a gifted athlete with low ambition. With enough time, that consistent student will be able to carve their path to greatness.

Being consistent is also about showing up ready for action. Much like the small stream is applying practically the same amount of pressure all the time, you have to be able to come in and bring your A game every time. Every training session’s goal is be your best session ever, which means you are coming in as focused and healthy as possible.

And just like the stream, over time you will make progress. Once that stream wears down a big boulder in it’s path, it can move just a little faster. Likewise, after showing up consistently and performing at the best of your ability, certain hurdles will be removed and become easier. As long as you are making steady progress, you are on a winning path. Don’t worry about getting everything all at once. Some lessons take time to learn, and being patient and consistent will allow you to break down all barriers.

Add Your Reply
We use cookies to ensure that we give you the best experience on our website. If you continue to use this site we will assume that you are happy with it.OkRead more