The Return of Mike Tyson 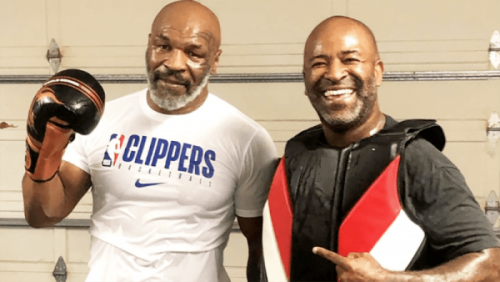 There are few fighters on the planet that strike the fear and admiration that Mike Tyson does.

He definitely has “it” – that intangible star power that attracts people far and wide to witness the spectacle that is Iron Mike. Even to this day he has it – and the rumors seem to be coming to fruition that he will make his return to the ring!

The question is against who. Evander Holyfield just put out his own comeback highlight and he is looking in good shape, especially for a 57 year old man. Tito Ortiz has made call outs for Tyson, while Bare Knuckle Fighting Championship just raised their bid to $20 million for a fight between Tyson and Wanderlei Silva.

I think a fight with Evander makes the most sense, being close in age (4 years apart), and in boxing exhibition rules (sport they are famous for). However, as far as Tyson is concerned, regardless of the opponent, the event would for sure make many millions.

People have been going bananas since seeing his highlight video of him hitting pads. I think Tyson in his prime had the spirit of a wild animal that can tap into primal rage at any moment.

Not so much now, as he seems much calmer and at peace (which for him is probably a good thing). But if you watch earlier interviews of him in his prime, you were never quite sure what he would do, and the wrong signal could set him off. The man had pet tigers and played with them like house cats for crying out loud, lol!

However, that primal energy is a double edged sword in my eyes, as it also means you can be just as fearful as fearsome. The mightiest tiger can be spooked be even the smallest things in the right circumstances. That kind of energy is born of insecurity and false confidence.

They puff up their chests because they know that is the best mean’s of self preservation to make other animals fear you. They blow up at the slightest provocation because they fear the image of confidence they are portraying might crumble if they don’t prove themselves constantly. They are predictably unpredictable, as they themselves are unsure of themselves in ever changing environments.

Someone who is truly powerful and confident know themselves fully. They know where they are weak and where they are strong. They don’t have to bark at every challenger that nears their turf, or strut around like a peacock flashing their tail to show off. They seize opportunities when prudent, and enjoy the struggles they willingly engaged in. They are not a caged beast acting out of fear, but an enterprising thinking being that relishes the opportunity.

At least, that is my perspective on it. And Mike has been very honest about himself and seems to made a lot of growth as a person. Hopefully, that translates into even better performances and being happier outside of the ring.

I have mixed feelings about him fighting at his age. On one hand, the risks of causing brain injury and other long lasting injuries increases. I would hope he wouldn’t need the money at this stage of his life after everything he has done. But on the other hand, it’s his life and he is free to choose what he wishes to do with it. He knows the risks of battle well, and I support that he is making that choice willingly.