The Importance of Momentum 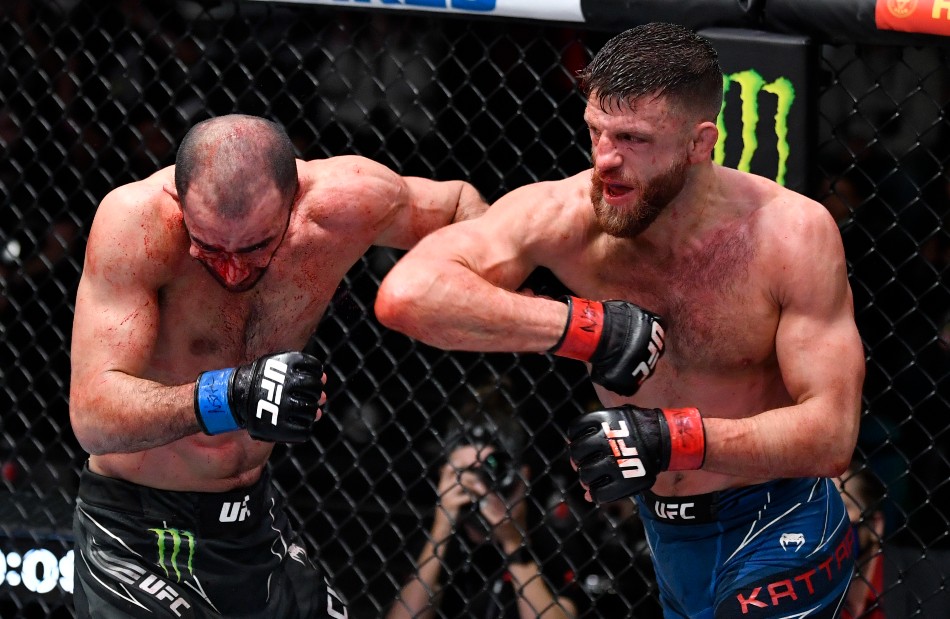 When you you stack one victory on top of another, that builds emotional momentum in the form of confidence. Someone who has a big win streak is hard to crack, and everything they do seems to come out smoother than ever.

However, if you find a way to break that momentum, it can be catastrophic. Take a look at the main event of the last UFC in Vegas with Calvin Kattar vs Giga Chikadze. Giga was riding an impressive streak with some sensational wins, and was the favorite entering the bout.

The fight started favorable for him. Within a few minutes, he seemed to find his range and started lighting up Kattar with a series of kicks. But, Giga got a bit too excited and throw a hard kick that ended up causing him to slip and fall. As he did, he gave his back to Calvin to stand up, who didn’t hesitate to pounce on him and keep him on the ground.

That sequence might have been the most consequential turn of events in the whole fight. That one slip broke Giga’s momentum. While Calvin didn’t seem to do any damage on the ground, he launched a wrecking ball into Giga’s psyche. In my mind, Giga should have won that round by damage, despite the ground control that Calvin had.

Entering round 2, the fight dynamic already started to shift. Giga seemed far more hesitant to throw kicks, while Calvin seemed to start figuring out his range. There was a moment in round 2 where Giga started looking to establish his striking again, but Kattar then got his elbows to land to devastating effect. From that point forward, Giga never got his groove back. Calvin had successfully broken his momentum several times, and was able to march forward to what ultimately became a one sided affair.

It’s easy to define victory and defeat from a contest as binary. But the reality is that in a fight, there are many battles fought, not just by winning rounds, but within each second of the fight, there is a winner and a loser. Who wins the take down battle, who lands that first significant strike, who establishes their range, and much more. These are all small victories that can be won during a fight. Stacking enough of those small wins can build the momentum needed to swing the fight in your favor.

It’s like a game of tug of war. Some people can do well when the momentum is on their side, but when it swings the other way, they lose grip and slip on the floor, and are helpless to regain control. Others, are more resilient, and can take the turning of the tide and ultimately regain control. Some competitors live for the struggle, and look forward to stealing momentum from their opponent.

When my brother and I started wrestling in high school, we weren’t athletic or technical. The only assets we had were endurance and toughness. Often times, we would be losing in the score until the final period. That’s when our stamina advantage would kick in, and we could swing the momentum in our favor and break our opponents. For us, being down on points was not the end of the world. We just needed to keep the score close while making the opponent work hard enough to get tired. It was part of the game plan.

A grizzled veteran knows all too well that a good opponent will get some wins on them. They don’t let that dishearten them. They know it’s part of the fight, just like getting cut or getting tired is. They can weather the storm and bide their time to take back ground when the time is right.

A green fighter might not know that. The moment things go wrong, like a cut bleeding profusely over their eye, they go into panic mode and break. They never expected to suffer a loss of any kind in the fight, and one taste of defeat sends them spiraling downwards.

This is all subjective and based on the individual. But if you can identify what type of defeat would crush your opponent’s ego, that is something you can exploit. Perhaps its denying the take down, or passing the guard, or landing a hard leg kick. But if you can pin point that weakness, you want to push that button all day long. Likewise, you should identify what would steal the wind from your sails, and make sure you can either eliminate that threat or reduce it.