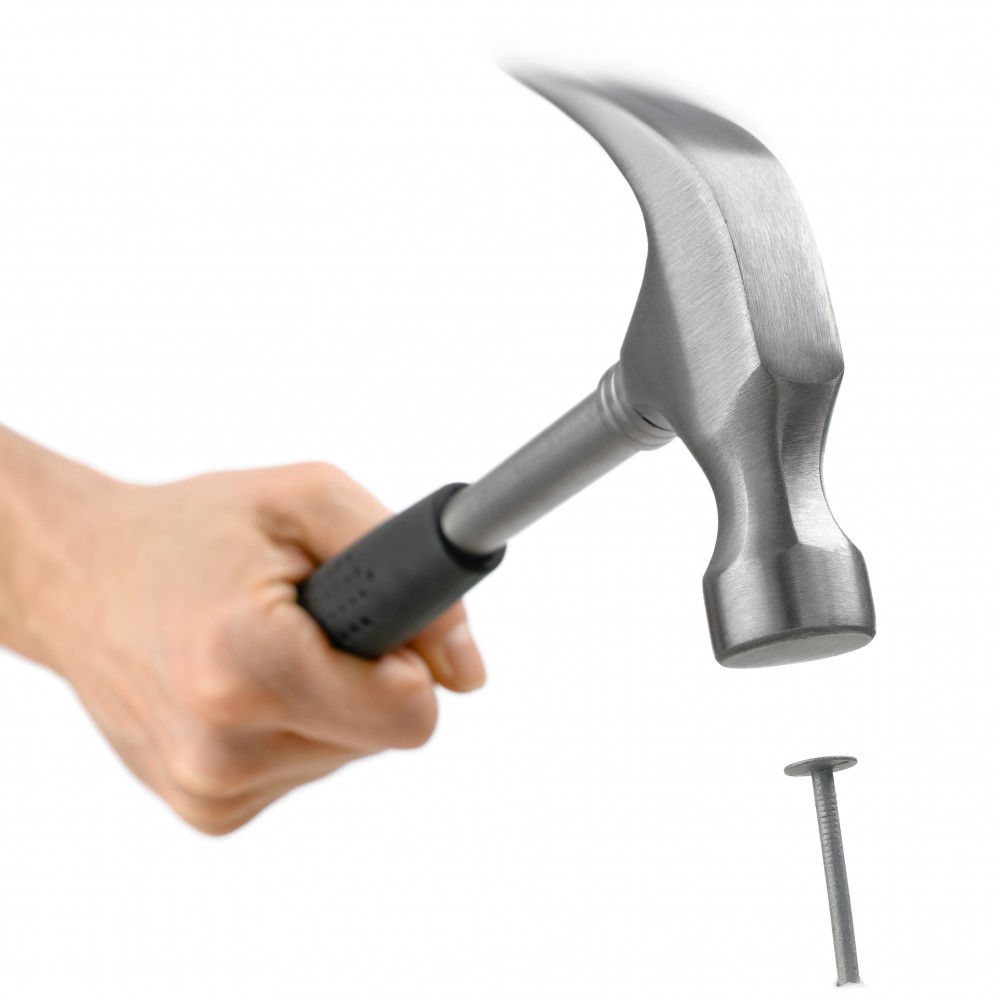 Unfortunately, I have been the nail these past few weeks. LOL!

Such is life. All I can do now is learn from my experiences and become better for it.

I have been away from the computer for a while, so I apologize for the lack of updates. To get you caught up, I competed on this past Sunday in the IBJJF No Gi World Championships in Long Beach, California. My first match was against Luiz Azevedo, and the match got started quicker than I expected. I wanted to score a take down right from the get go, but he pulled guard so fast that it threw me off guard – no pun intended. 🙂

He used a de la riva guard, and a went so spin away and ended up in a 50/50 ankle lock. I wasn’t really all there in this match mentally for some reason. I’m not sure if it was because I had no coach this time around, or because I had to change my shorts in the last minute due to IBJJF regulations. I didn’t think this would be factors if they in fact were, but I just know that my focus was off. I say this because I let him crank my ankle for a good while before I actually thought to myself, “David, you got to get out of this position.”

We then proceeded to exchange ankle locks from the 50/50, but in the end he got top position and scored a sweep. I went to stand up to try to avoid points but I ended up giving up my back, then giving up the mount to escape the back. That put me behind by a score of 10-0. Whoops!

At this point, I figured it would be time to start trading submissions. That was easy to engage, as he was really hungry for the ankle lock. We got into a quite a few leg lock exchanges, my best one being a knee bar that was nearly on. He did a good job defending the knee bar, turning his foot away each time I pulled to avoid tapping out. I then transitioned to a toe hold, but I didn’t have enough leverage to get the finish.

At some point he got another 50/50 ankle lock and he was trying to go belly down to finish. The ankle lock wasn’t really threatening to me, as I am pretty comfortable taking them. Something weird happened though. As he tried to roll me over, I was resisting the roll and my knee popped. It was a pretty loud pop on the side of my knee and caught me off guard. The referee stopped the match then and there. It was unfortunate, as it just seemed like a freak accident for my knee to pop from a straight ankle lock, but I probably shouldn’t have been playing so much in bad positions to begin with.

One benefit of enduring a Rousimar Palhares heel hook and knee bar submission is that it puts knee injuries in perspective, LOL! This was a walk in the park compared to what I had gone through a few years ago. I was walking the rest of the day, observing the rest of the matches. Not even as much as a pack of ice or an ibuprofen was required. After 8 hours or so, my knee started to stiffen up a bit as expected, but nothing beyond that. As of today, I have no limp or problems moving around, but I still have until next week before I can say I am 100% mat ready.

There is another tournament here in Florida in December, which I will be competing in. I am going to keep to my word and compete as often as possible, to get my mind and body sharper. I didn’t have the same focus for this tournament as I did for ADCC, which I need to remedy. I am going to continue to lean out a bit more, as I still have body fat to burn and bring my lean muscle mass percentage up. I am also going to start lifting weights, as there are no major competitions on the horizon. My wrestling technique is going to be a big focus over the next year, as well as defending the back mount.

At the end of the day, I had fun this past month traveling around the world and competing. I have made some new friends, and strengthened old ties. Before I stepped on the mat in each tournament, I remembered to smile and be thankful that I still have the health and skills to be able to compete at a world class level. It is truly a blessing and an honor to compete with the best competitors in the world. I know that my day will come, but until then, I will continue building my body and mind and helping others do the same.