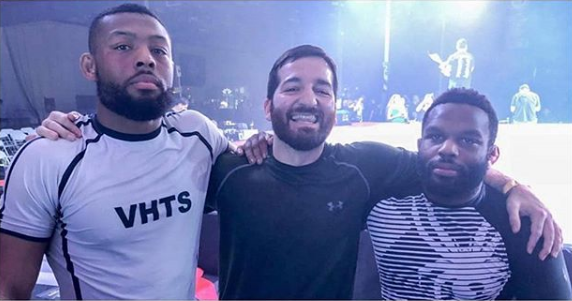 This past weekend I coached Team Lloyd Irvin at the Subversiv BJJ Team Tournament. We had a last minute injury that caused us to be a man short for a team of 4 instead of 5. Still, Tim Spriggs, DJ Jackson, Angelo Clairborne, and Nyjah Rollins came out strong and won the first team match 4-0 with 3 subs against Team CSW.

We ended up losing to 10th Planet in the finals by 2-2 but with the forfeit becoming 2-3. Tough losing that way but everyone put out a great performance.

Kenny Jewel of GrappleTV did an interview with us just before the tournament so click below to listen in: