Is your Martial Arts Academy a Cult? 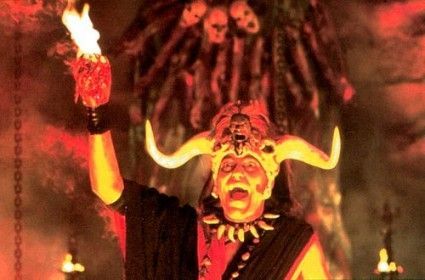 These are the definitions that Google give for cult. These can all be applied to the martial arts.

Martial artists worship people like the Gracie family, famous fighters, and top instructors in a way that outsiders would see as religious.

The practices of trying to strangle and break limbs can definitely be seen as strange and sinister.

And I think most people would think that devoting yourself to barbaric fighting is a misplaced effort.

And don’t get me started on the many other traits of cults that martial arts has, such as:

And these are just a few. Does any of this sound familiar?

If so congratulations, you are in a cult!

Does that mean you are brain washed and are going to suffer some horribly fate?

If you are alarmed, consider that you can describe religion, military, government and other organizations as a cult according to the above traits as well.

The label of a cult is usually reserved for groups that have more sinister or self serving (for the leader) goals, that he or she may hide from the group and trick them into following him or her.

Ultimately, the best way to judge your group is to reflect on yourself:

Answers to these questions would be very revealing to any group you join. Especially having impartial third party validation, as sometimes you will become blind to the negative consequences of a group (or any relationship) once you are into.

Personally, the martial arts has been one of, if not the most, positive influence in my life. I have been fortunate to have been part of small, tight-knit groups that allowed me to grow, and I have been able to lead groups and have members grow as well.

While people like to throw around the cult label at certain teams, I haven’t had the misfortune of seeing a martial arts cult in my time. Similarly, I remember as a kid people telling me that Dungeons and Dragons was the devil’s game, something I played regularly as a kid, lol.

So unless you are seeing white belt sacrifices or members disappearing (not talking about blue belts, that’s normal), I think you should be okay. 🙂

While I’m making light of this for the most part, there are martial arts academies that while I wouldn’t call necessarily call them a cult, they definitely abuse the leadership roles they have. Sometimes it’s financially motivated, like selling belts to people who are unqualified, or holding back promotions of worthy members. Sometimes it’s ego based, like bullying or shaming a member. Other times, it’s creepy and the leader uses their authority position to push themselves romantically onto members.

A good group functions like a good family – you should feel safe and comfortable being yourself. If you feel uncomfortable around your team, or do not trust your team leader, that is a bad sign. Whether you are justified or not, probably not a good idea to train in a place you have no trust or safety.