Man vs Woman is not a fair fight 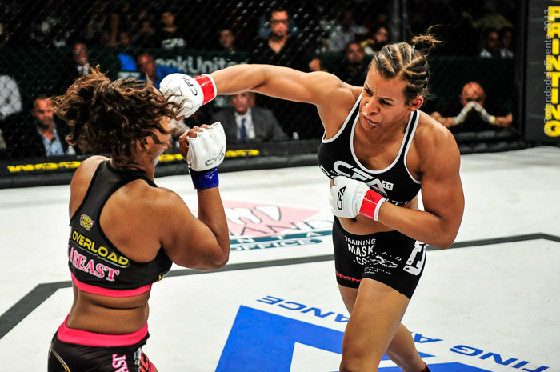 Man vs Woman is not a fair fight.

As our society has become more open to the idea of changing genders, we seem to have come across a predicament when transgenders decide to compete in sport – what group do they fall under: men or women?

Just to be clear, I don’t care one way or another what a person decides to do with themselves. If a woman decides she wants to be a man or vice versa, it’s none of my business. If that makes that person happier, so be it. It only concerns me when that person’s actions put others at risk.

As I stated above, a man fighting a woman is not a fair fight. Generally, men are able to pack on a lot more muscle with less body fat, have increased lung capacity, bigger hearts, store more glycogen (increased explosive energy), are taller, have denser bone structure, and weigh more than women. So assuming all other things are equal, a man will have many physical advantages over a woman.

So obviously this isn’t a fair fight. It doesn’t mean that it’s impossible for a woman to beat a man. It has happened on multiple occasions in MMA and BJJ. A woman would have to rely on better technique and strategy to defeat a man.

But the point of having sporting commissions, rules, and regulations is to make a fight as safe and fair as possible. This is why we have divisions separating athletes by gender and weight. When watching a fight, ideally we are looking at two athletes who are physically matched, and want to see what skills and tactics they will use to win.

I imagine some people will be upset by this, and try to argue from extreme positions how women can be faster and stronger than men, but barring a few outliers, men are more physically capable than women in a fist fight.

If we can agree on that, then we can talk about what to do with transgender athletes. People such as Fallon Fox, who transitioned from male to female, have a huge advantage over their opponents. Fallon Fox was born a man and had a sex change operation at the age of 31. Fox had already undergone puberty and reaped all the physical benefits of having a Y chromosome. Biologically, Fox is a man. While I support his right to do as he wishes with himself, and if he wants to be referred to as a “woman”, so be it.

But, when Fox decides to compete in sports as a woman, that is where I draw a line. Fox has a large physical advantage over female opponents and has KO’ed and submitted 5 women in brutal fashion. There is nothing you can do to Fox (at least with current science) to revert the bone structure, reduce lung or heart size, change a Y chromosome to a X chromosome (which is a big factor on how your body processes testosterone), and how the body’s energy systems function. So even if Fox wanted to level the playing field, there would be no way of doing so. Taking hormones or blocking them doesn’t accomplish this either.

So in my opinion, male-to-female transgender athletes should not be able to compete against women. If they want to fight men, that’s fine by my book, as biologically they are men.

What is interesting is that we do not see the reverse – female-to-male athletes dominating sports. The reasons should be obvious if you have read this far. So while there would be no incentive for a woman to become a man to compete in sports, there definitely is an incentive for a man to become a woman to compete. This makes me question the motives of such individuals that do a sex change and start competing in sports.

I had just recently read an article about a transgender male-to-female who won a bicycling world championship in Los Angeles, CA. In the picture you can clearly see Rachel McKinnon, the transgender athlete, has the physical benefits of being born a man. McKinnon posted about being the first woman’s cycling transgender world champion. If we continue to allow men who have gone through puberty that then decide to compete as women, he won’t be the last.