Knowing what NOT to do can be more important for survival 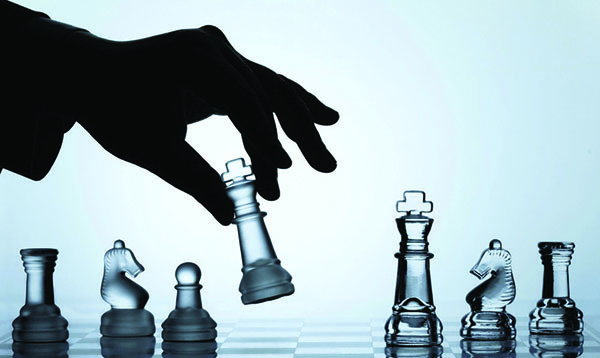 “The essence of strategy is choosing what not to do.”

Yesterday I shared a video breakdown of what Rose Namajunas did wrong when using the Kimura against Jessica Andrade in the UFC 237 main event.

What you might not have known was that Rose used the Kimura multiple times throughout the fight, and from what I can recall at least three times she was lifted and slammed while trying.

As a fighter, it’s hard to change tactics mid combat. Especially doing something you have been training to do and feel comfortable doing. But as a coach, that is main reason you are there – to tell your fighter what to do and not do.

A good coach can spot what is working, what isn’t, and what could be working. We all prepare for what we think we are coming up against, but often times life throws a curve ball – and the coaches job is to read the pitch and make adjustments.

So if I was in Rose’s corner, I would have either coached her on making the proper adjustments to the Kimura (shoulder pressure, using the leg hook), or just telling her not to use it anymore.

Honestly, I would have probably told her to stop using it. It can be difficult for a fighter to make a technical adjustment like that, especially if they have been training wrong – so it would be easier just to NOT do it.

This is not a diss on the coaches, as they may have well told her just that. That is one of the hard parts of coaching – even when you say the right things, your athlete can ignore them. The lack of control that coaches have is one of the things that makes it stressful. I believe it is more stressful than fighting having done both.

She was doing quite well everywhere else, so NOT doing the Kimura could have made all the difference. Something I don’t like saying because I’m a Kimura hunter, lol, but in this case because of the technical errors, it wasn’t a good move for her against this opponent.

I do believe fighters should work on being able to make mid-fight strategy changes themselves. This is very difficult, but being able to adapt can make you very dynamic and hard to read. Like anything, it requires training.

I’m not talking about planned changes of tactics. For example, coming out in round 1 going light and probing, then going hard for take downs in the last 30 seconds. Or fighting one round backing up, and the next moving forward.

These are good tactics, but they are planned. This not the type of intelligence needed for mid-battle tactical changes. You need to be able to read a situation on the fly and figure out what can be done to improve your odds of winning.

The easiest tactics to recognize are the ones that are not working. If every time you throw a kick you get taken down, it doesn’t take much deductive powers to realize that you may need to stop kicking. Even that is difficult for some fighters though, especially if what isn’t working is their strong suit.

But that is a good starting point. Higher level is seeing openings in your opponent’s tactics that you can exploit outside of your game plan. For example, you might see mid fight that your opponent is starting to favor his left side (perhaps due to a body shot). A smart fighter will be able to read that and change his attack strategy to take advantage of that.

It sounds simple, but you will be surprised how fighters have “tunnel vision” and might not even notice what may seem obvious to the outsider. More reason why a good coach can make or break a fighter.

You might think this sounds like thinking (which I urge against doing in a fight normally because it makes you slow), but it isn’t. It’s processing. For example, when I ask you do compute 12+4x = 60, do you have to think to solve it? If you have mathematics training, you don’t. You just follow a process to solve the equation (substract the 12, divide by 4, gives you x=12).

Processing is happening all the time. It’s fast. Thinking would be trying to understand how to make this equation work when you don’t know the normal steps for equation solving. You would have to do trial and error, ask for help, etc. So processing only works well when you have prepared adequately – otherwise you have to think.