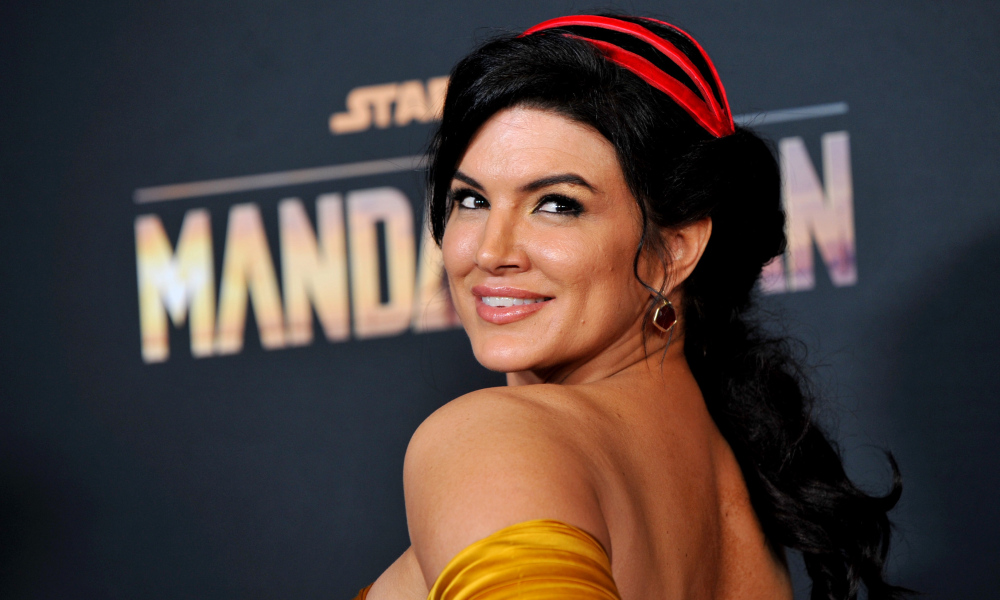 Gina Carano was recently released from her Lucasfilm/Disney contract after a falling out over her social media posts.

By this time, I’m sure you are aware of the phenomenon known as cancel culture. If not, here is a definition for it below:

a modern form of ostracism in which someone is thrust out of social or professional circles – either online on social media, in the real world, or both.

The latest victim in the news is Gina Carano, one of the first super stars in women’s MMA turned actress. She had a hell of a run in her MMA career, but then the train flew off the tracks after a brutal loss to Cris Cyborg.

Fortunately for her, she managed to score a movie deal shortly after and have what appeared to be a good career in Hollywood. She starred in her own movie, Haywire, had a role in Deadpool, and most recently was Cara Dune in the hit series the Mandalorian.

It seemed that role in the Mandalorian was going to be the beginning of big things for her, as there were talks of her having her own spinoff series based on her character. But, on the Twitter, she was drawing a lot of attention. Gina seems to be leaning right on the political spectrum, and her posts triggered a lot of people on the left.

She had a recent interview on the Ben Shapiro show, and the gist of it was she was being pressured to apologize for her views, and to stop posting offensive content. She wasn’t willing to silence herself, and as a result she was let go, along with the gravy train that is being associated with Lucasfilm and Disney. Her agent followed suit, and like that, the door to Hollywood was shut.

If this had happened 10 or 20 years ago, chances are, we would never have heard from Carano again. But with the growth of online streaming services, competition to Hollywood is now in existence. In this case, the Daily Wire has teamed up with Gina Carano to create a movie with her.

The Daily Wire is a conservative news that Ben Shapiro founded, and they recently have started making movies. So for them, this is a big opportunity to take on a rising star with a lot of press.

Personally, I dislike the whole idea of cancel culture, at least in how it’s being used as a weapon to threaten or destroy people’s lives. Regardless of where you stand politically, it’s hard not to respect the stand that Gina made. You can see that she is still struggling with the consequences of being cancelled, as in her interview her voice is shaky and seems very emotional.

She could have easily she gave in and apologized, silenced herself, or even posted things contradictory to her beliefs to save her Hollywood career. I’m sure the vast majority of people put in this situation have done just that. We all have heard some of the stories of actors and actresses that have put up with abusive environments in order to survive and keep their career alive.

But she chose another path. Perhaps because she is a fighter, but clearly this was the harder path and required more moral fortitude to take it. I’m not saying she was right or wrong. But in her view, she was doing the right thing, and was willing to give everything up for it.

That is something I can respect, as it’s easy to have integrity when everyone agrees with you, but very difficult when you are on the opposite side of the fence of a mob of angry people calling for your head.