Fighting without a Coach 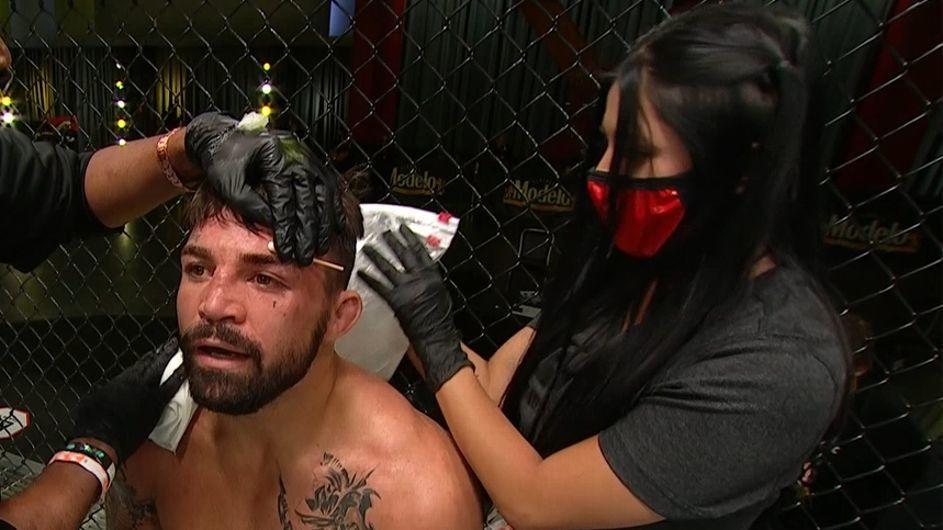 Mike Perry has been getting all sorts of criticism, from his crazy antics, getting into street fights a week before his fight, and mainly, having his girlfriend who is not a martial artist be his only corner.

Last weekends UFC Fight Night Poirier x Hooker was one hell of a show. With so many great fights on this card from top to bottom, it was a real treat to watch.

Mike “Platinum” Perry got the lion’s share of the media coverage though, and his fight with Mickey Gall stuffed some crow down the hater’s throats. First round saw Gall landing a lot of straight shots while Perry was struggling to find his range.

Round 2 and 3 was Perry’s show. He was able to get his range, land shots, and to many peoples surprise, dominate on the ground, even taking Gall’s back at one point. His cardio looked solid, and he was as strong as ever.

All of this without any corner coaching him and giving him advice. His girlfriend just put ice on his back and gave him water. In the post fight interview, Mike said he liked not having people bombard him with advice, pressuring him, or just crowding him.

He said he enjoyed the peace he had for a moment in between rounds, and even was able to listen in on his opponent’s corner and decipher their code words for techniques and be able to anticipate their actions.

It’s very interesting for sure. I briefly followed Perry’s misadventures outside of the cage, and definitely looked like someone coming off the rails. But, it’s hard to know if someone is “acting” to play a role and get attention, or if they are legit losing their marbles.

Even after everything is over now, I’m stuff unsure about Perry. He either is that good at acting or that crazy, LOL!

Personally, I believe every fighter should have a knowledge coach in their corner that they trust. However, there is more to being a coach then knowledge of the fight game. I have seen plenty of experts that are horrible coaches, a point that Platinum mentions.

When coaches are not well connected to their athletes, they can cause more harm than good. The tricky thing is that every athlete needs different types of support. Some fighters need negative reinforcement to get motivated. Other’s just need a gentle positive message.

The technical knowledge needed to get through from my experience has to be short and concise. If you can’t tell your fighter what to do in 10 words, chances are they aren’t going to get it.:

Little tips like that can make a big difference. These are just tweaks that your fighter will easily understand, hopefully.

If your entire game plan has imploded, it’s much more difficult to salvage. For example, say you were expecting to take the guy down easily off the fence and work him on the ground, but it turns out his wrestling defense was next level. Now your main strategy has been destroyed.

If you didn’t prepare a plan B beforehand, you are destined for a bad night. But, if you were careful, and made plan B, C, and D, you could queue your fighter quickly without lengthy explanations.

In the corner, technical advice should take about 10-20 seconds tops. Besides that, you are just encouraging your fighter, keeping the morale high, and allowing them to recover as best as possible.

You also want to listen in to hear if your fighter has anything to tell you. Perhaps he sustained an injury you aren’t aware of. Perhaps he wants to pursue another strategy, or spotted a weakness.

Remember, as a coach you are there to support the fighter. Sometimes, coaches think it is the reverse: that the fighter is there to represent their team and by extension them. This is not how it works.

There is a shared goal – to win. Both fighter and coach should be on the same side of this and be willing to put their egos aside to make the victory possible. I believe when such a relationship is forged, you will be grateful for having someone in your corner, rather than going out there alone.