If he dies, he dies 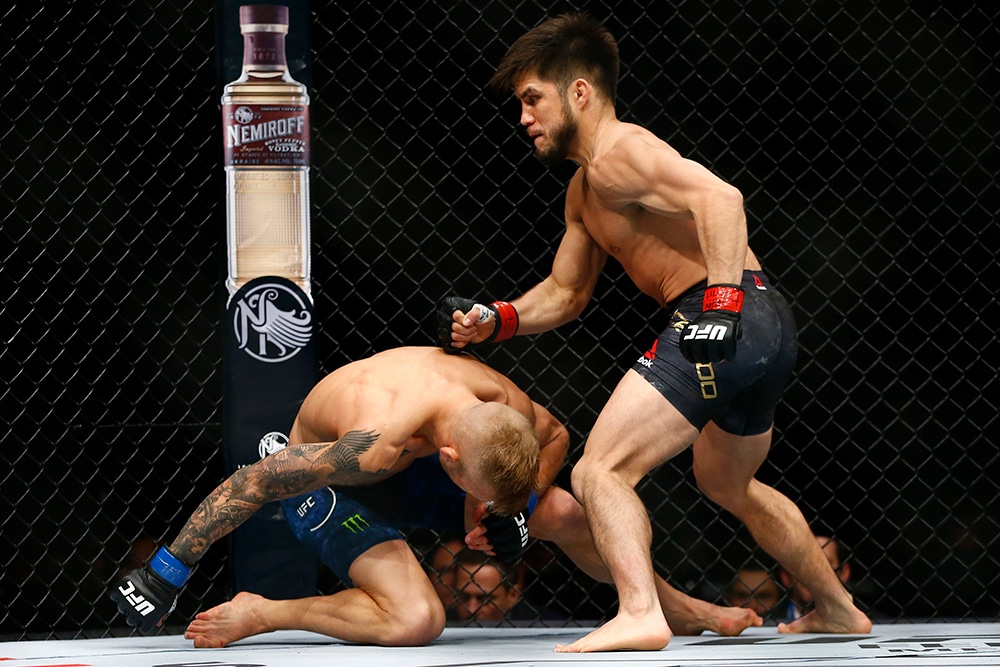 “Mental toughness is spartanism with qualities of sacrifice, self-denial, dedication. It is fearlessness, and it is love.”

In what I think most people were completely surprised with, the first UFC of 2019 was a shocker, having TJ Dillashaw getting finished in just 30 seconds of the first round against Henry Cejudo.

TJ was really upset with the stoppage, going as far in the press conference to say he didn’t lose, and wants an immediate rematch at 125lbs against Henry. Henry countered that he would give a rematch, but at 135lbs for TJ’s title.

If you didn’t see the fight, here it is in gif form (links might go down)

These two clips are pretty much the whole fight (missing about 5 seconds in the beginning). As you can see, TJ was completed dominated from start to finish. But he was never completely out, and he was trying to scramble as the referee stopped it.

Do I think it would make a difference if they let the match go on?

No. TJ got dropped twice in less than 30 seconds and was being swarmed by a fresh Henry dropping bombs. I believe it would have been more damage that TJ would have received.

BUT, TJ deserved the chance to try and prove us wrong. As a competitor, I have signed up to fight to the death. I have been put to sleep trying to escape a choke, and have had joints snap, crackle, and pop. We aren’t playing tag football – this is a battle for life and death in my eyes (and I know many top fighters see it the same way).

I understand the referees obligation is to the safety of the fighters, but within reason. In a title fight, there is usually a lot more leeway given to a champion to survive an onslaught, specially when he is moving around and trying to make something happen.

Whether or not he would have survived is irrelevant. The fighters come in to the cage to fight. They know they risk their health and even their life doing so. I know some people think that is an extreme position, but chances are you not competing at that level or have that intense of a devotion that elite competitors have.

We have seen some extreme reversals in fights where someone who looked deserving of a stoppage was allowed to continue and came back to win the fight. Every fighter deserves that opportunity. A stoppage should be used for an unconscious fighter, a fighter who is not defending himself intelligently, or a fighter that who is receiving damage without trying to improve their position. But when a fighter is moving, rolling, pushing, and trying to claw his way out of danger – that isn’t the time to stop the fight.

Just to be clear: I was rooting for Henry Cejudo and happy he won. On first viewing I thought the stoppage was okay. But after rewatching, I believe it was too early. I can see giving TJ a rematch, but it would have to be at 135lbs this time, paving a path for Cejudo to become a champ champ. 🙂