The Eagle in the Hen House 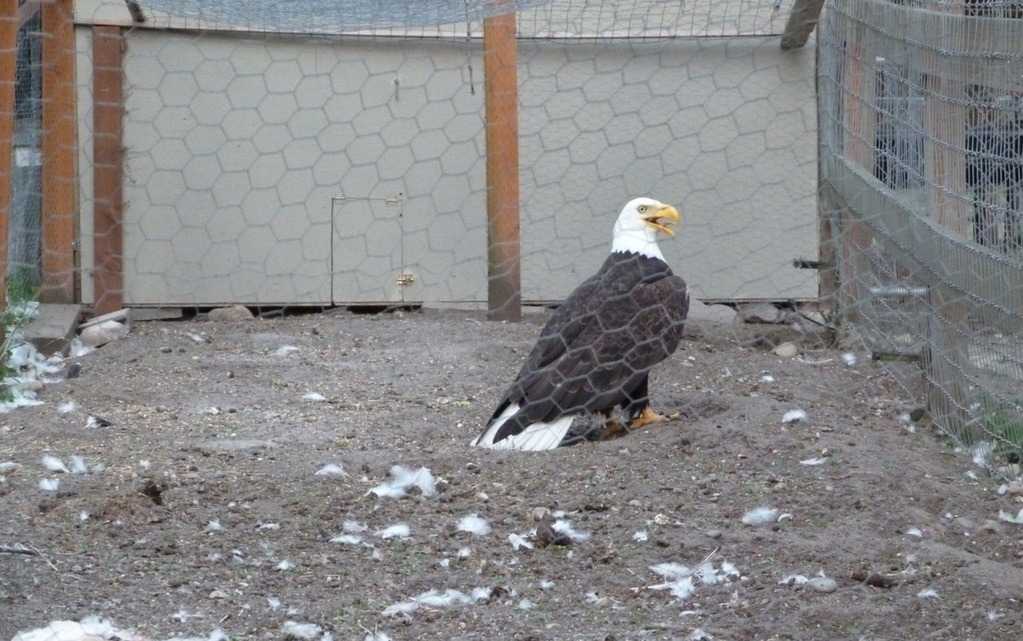 There is a story about an eagle’s egg that rolled off a nest into a hen house. The hens hatched the eagle egg and raised it as one of their own, and as a result, that eagle believed itself to be a chicken.

At first, it dreamed of being an eagle and flying high in the skies whenever it looked up at the skies. However, the hens told the eagle that it was just a chicken, and that chickens can’t soar the skies, but are meant to pick at the ground. Eventually, the eagle resigned himself to being a chicken, and gave up on his dreams of soaring the skies.

The message of the story is that you are what you believe, so you must take care of the ideas and beliefs you allow to enter your mind – whether it be the books you read or the people you associate with.

It is a valuable lesson, but many people will take this as a reason to not hang out with anyone they consider “below” themselves, and only associate with people who possess the traits they admire or desire.

While you definitely want to spend most of your time with those people who share your goals and visions, you don’t want to completely isolate yourself from everyone else. This would create an echo-chamber, and could limit you from expanding your horizons and creating new ideas. You usually hear this term used in political circles, but it happens anywhere when people isolate themselves from other viewpoints.

In the martial arts context, it would be like only training Brazilian Jiu Jitsu and never training in other disciplines. While that is great for developing your BJJ, you would be vulnerable to other styles of fighting (like kickboxing and wrestling), or even other forms of grappling (like sambo or catch wrestling) that utilize techniques not commonly used in BJJ (heel hooks and neck cranks for example).

Back in 1998 when I truly started training NHB (no holds barred, the predecessor to MMA or mixed martial arts), my brother and I trained in any style that worked. As a result, we were practicing all sorts of techniques, such as heel hooks, neck cranks, ground and pound – well before the majority of martial artists were considering the idea. Our early grappling success was a result of that, as we were out wrestling our opponents and submitting them with leg locks and passing guard unconventionally.

It took over a decade before wrestling and leg locks became mainstream in grappling, and you can see how successful both have become in modern grappling. So for sure training with other disciplines of martial arts is now common knowledge, but there is more to diversifying yourself than that.

Sure you can be training MMA at your academy, but you are still learning it from one source that has a general philosophy and strategy on how to implement the techniques. While I am a supporter of staying with one trainer, that doesn’t mean you shouldn’t venture out every so often and get exposed to different philosophies of combat.

Seminars, DVD’s, online courses, books, and open mats are all ways of getting exposed to different ideas that the vast majority of people never take. I have seen people who train for years never once attend a seminar, or get a DVD.

Likewise, even in their own academy, I see people who split off into mini echo-chambers, training only in certain classes, with the same coach, and same partners. Once again, this creates the same problems. If you only train with the same 3 partners, you are limiting yourself. Especially if you have the luxury of having multiple coaches in your academy with many training partners – take advantage of it.

Roll with the white belts and the black belts. I have learned a lot from training with beginners, because they haven’t been properly “trained” yet, so they can have unexpected reactions. Usually it isn’t useful and makes for an easy counter, but every so often you will see an accidental stroke of genius that can be a game changer. I have been fortunate to see several.

The other thing is that it doesn’t always have to be about what YOU get out of it directly. As a martial artist, you have most likely been on the receiving end of many lessons, with someone who is “above you” handing down knowledge and inspiration to you.

At some point, you are going to be in position to be the person that is spreading the knowledge. Personally, I think any martial artist that never teaches is missing out on a huge part of the experience. I’m not saying you have to open up a school or anything like that, but if you can you should volunteer to teach or be an assistant instructor when the time is right.

So long story short, eagles should soar high in the skies with other eagles. BUT, they should also be swooping down to check on the chickens and stay connected – as there are things they can learn from them, and perhaps there is a stray eagle that can be inspired to take to the skies with them.