What to do when you are insulted? 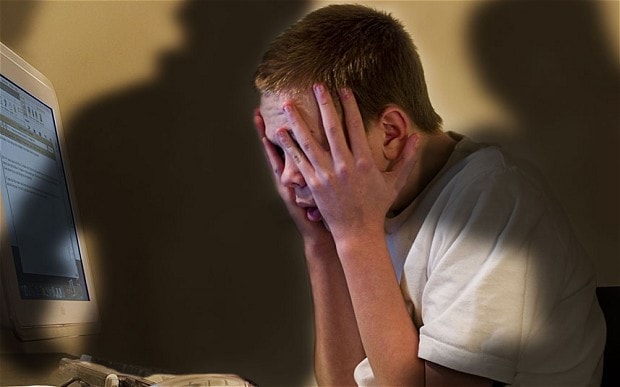 Nowadays with online culture, it is so easy for people to attack you remotely with no fear of immediate physical consequences. Back in the day, insulting someone meant you had to be face-to-face, and a harsh insult could likely result in coming to blows.

But with the internet, some anonymous person can insult you with no fear of physical punishment. Or worst yet, you can become immortalized in a unfortunate meme that goes viral and have no way of stopping its propagation.

It seems ridiculous, but I realize that this is a real problem for people nowadays, especially kids. Some kids have been so tormented online that they have committed suicide. This is truly tragic, as something like this should never happen.

Bullying, whether it’s online or offline, is the same in origin and motive. A bully is someone with low self esteem, who is looking for a way to boost themselves in the social hierarchy. This is not a bad thing itself, as we all want to be seen as the top dog. Normally, one raise’s their own value to increase their appeal, but a bully lowers other’s so that relative to him his status has improved. This is usually accomplished by insulting someone, slandering them, or embarrassing them in some way.

Bullies in the real world go for people that are “soft targets” – someone who is projecting weakness. This could be communicated with body language, such as the kid walking with his head down and slouched shoulders, the person with a stutter, or someone who is shy and socially awkward. Either way, these people are the victims of a bully.

In the online world though, this isn’t as big as a consideration. Where in real life, you wouldn’t pick on big strong guy because you would be worried about getting your head smashed in, online, you don’t have to worry about that. Cyber bullies are usually anonymous, so they are far more bold and reckless in their target selection. In fact, being a very powerful and well known person makes you a bigger target – the opposite of real life bullying.

There are a few ways to deal with such things. The first is just to ignore the slight. It’s a decent first level move, as a non-reaction can make the bullying boring and with the vast amount of targets, they might quickly move on to a more volatile target.

However, a bully that is determined to get a reaction can just continue to taunt and harass you. If that is the case, the next thing you can do is roll with the punches. A bully gets a rise from hurting his victim. So if you can go with the attack and laugh at yourself by playing into the insult, it becomes your joke.

Not only does this take the wind out of his sails, it shows your intelligence and humility by going with it. Sometimes, this will disarm the bully and can end in a favorable interaction. Other times, they might get frustrated and try to double down. If that’s the case, you have gained the upper hand and can continue to deflect with self deprecating humor.

If you look at great comics, they nearly all thrive on self deprecation. Humor always has a victim, so making yourself the victim is very easy, as you know more about yourself than anyone else. You also don’t have to worry about hurting anyone’s feelings. And by attacking yourself, you endear yourself to others who have the same vulnerabilities but were too afraid to reveal them.

In some cases, you might go on the offensive and counterattack. But when doing so, I would always act in good humor. If you are seen as lashing out in anger against someone, that is weakness. But if you deflect the insults with humor, it is showing wit and cleverness. The idea would be to frustrate your bully, being unable to get an emotional reaction from you, and now having to defend himself – a position he is not used to. You might find the bully is completely inept in defense, and just bail out.

The one thing you don’t want to do under any circumstance is get emotional. Someone who gets anger or sad, and rages against their bully has given their bully everything they hoped to achieve. The bigger the emotional outburst, the better. It’s like the guy who hates the nickname he was given and makes it known – that is the one way to immortalize that nickname, lol.

At the end of the day, you have to be able to laugh at yourself, even when people are being mean spirited about it. It’s those people that are in pain and need to bring you into their world, so by being humble and laughing at yourself, they lose.