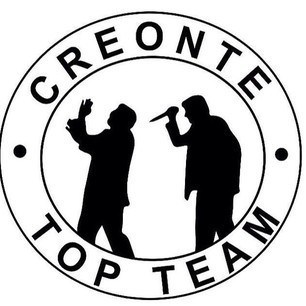 Anyone who has trained for any length of time in the BJJ (and to a lesser extent) the MMA world knows the term “creonte” all too well.

If you haven’t heard of it before, the term creonte was coined by grandmaster Carlson Gracie and refers to the name of a fictional Brazilian character in a soap opera that often changed allegiances and loyalties.

In other words, it is another way of saying traitor.

While this phenomenon of changing teams is not unique to sports, BJJ definitely takes it more seriously than any other sport I have seen. I believe there are a few reasons for this.

For one, the amount of time, energy, and money invested in building an athlete can be considerable. Athletes and coaches usually become an extended family, with coaches sometimes providing lodging, meals, jobs, and mentorship that goes well beyond sport.

As a coach I would know, I have done this several times.

So when an athlete decides its time to change teams, it not just as simple as deciding to stop drinking coca cola and switching to pepsi. It is more like changing your last name and disowning your parents.

Sounds extreme, but it isn’t when you think about it. Think about all the people you have relationships with at your gym – front desk staff, coaches, and fellow students. You essentially will be cutting out all of these people from your life when you switch camps.

Keep in mind I’m not defending the use of the term – I’m just explaining the reasons why people will feel this way.

Another important question is why would someone switch teams? Here are some common ones:

More often than not, the reason someone switches camps has something to do with one of those 5 reasons.

In my opinion, calling a casual student creonte is a quite silly, especially one that is not competing. There isn’t nearly as much investment in such a student, and your goal for them is to improve their life: help them lose weight, gain confidence, learn self defense, and ultimately achieve the rank of black belt and the mindset that goals along with it.

When we have a student that is a professional athlete, the relationship is different. There are more goals to accomplish besides improvement of life, such as achieving a title, fame, and financial goal – both the coach and the athlete. There is also a ton more time put in from training, studying tape, setting up game plans for opponents, traveling to and from places all over the world to compete, managing the weight cuts, helping with diet, helping with sponsors, among a myriad of other things coaches can do.

A lot of coaches pour their hearts into their students, without taking proper precautions. The coach may see the athlete as an extension of him or herself, whereas the athlete may simply see the coach as a resource. Once the resource is exhausted (or at least perceived to be), it doesn’t make sense to stick with it to the athlete.

As with all relationships, rules, goals, expectations, and obligations of each party should be clearly communicated beforehand. To often people make assumptions that the other party will behave in a certain way and get sorely disappointed down the road. In the modern world when conducting business, a contract should be drawn up as well, as the coach is in a much more vulnerable position than the athlete. The coach can spend years building an athlete up only to have them cut and run once they hit it big.

Some people will read this and think, “Is everything just about the money then? You wouldn’t coach someone just to help them reach their goals?”

Sure I would like to help everyone. But I don’t have the time or resources to do that – no one does. So I wouldn’t willingly spend 3-4 hours a day working with with an athlete, travel all over, corner them in their fights, manage the weight cuts, and go through the tough times only to be dropped like a bad habit at a time of their choosing. I don’t think any coach that values their time would either.

As a coach, I have been speaking from the coaches perspective naturally, but that doesn’t mean they can do no wrong.

Coaches are not infallible, and as such there are valid reasons to switch teams without feeling guilty. As I listed above, if there is drama between students or the coach themselves, that can result in a toxic environment that will be bad for the student.

A student should feel at home in the gym, and fellow students should be friends in an ideal world. It makes no sense for a student to be paying a membership to train somewhere and be unhappy.

Coaches and instructors are the heads of the gym, and as such help promote the culture of the gym. If they allow “bad seeds” to corrupt the gym, it can cause drama and rifts between students. They need to squash beefs where they see them and not allow things to fester. That’s why being a coach is more about fighting – it’s more about learning how to to communicate a message properly and managing people.

Another reason to switch teams is if you have exhausted your instructor’s knowledge, or feel that your visions are not aligned. If you feel that your coach has not added any new tools to your game, helped you develop your mind, or has been running poor training sessions – this can be a sign that you might need to think about changing up your training.

But you need to be honest with yourself. Is it a problem with your coach not bringing his A-game, or is it you? If you show up once in a blue moon and come to training distracted, it isn’t fair to put the blame on the coach. A lot of people who are not pleased with results like to place the blame on anyone but themselves. But if you have been putting the work in, losing match after match despite following your coaches advice and training regularly, then it can make sense to make a change.

As a coach, it is your responsibility to keep educating yourself. Learning new techniques, drills, exercises, strategies, and keeping an eye on your athletes is all part of the job. If you are not doing work on yourself, your students knowledge will eventually exhaust your knowledge and start to stagnant.

At the end of the day, there is no reason to name call and create a stigma for someone changing camps. If you are running your school right, there are a lot of controls in play to prevent this from happening: from the quality of instruction, gym culture, to the athletes you decide to train.

Trying to put a scarlet letter on students that leave your gym isn’t going to fix the problems your gym has if any. It is immature and reflects poorly on you as a coach. Sure, you can be upset about it. But understanding why it happened will be useful to identify any issues.