Brian Ortega and his near-death experience 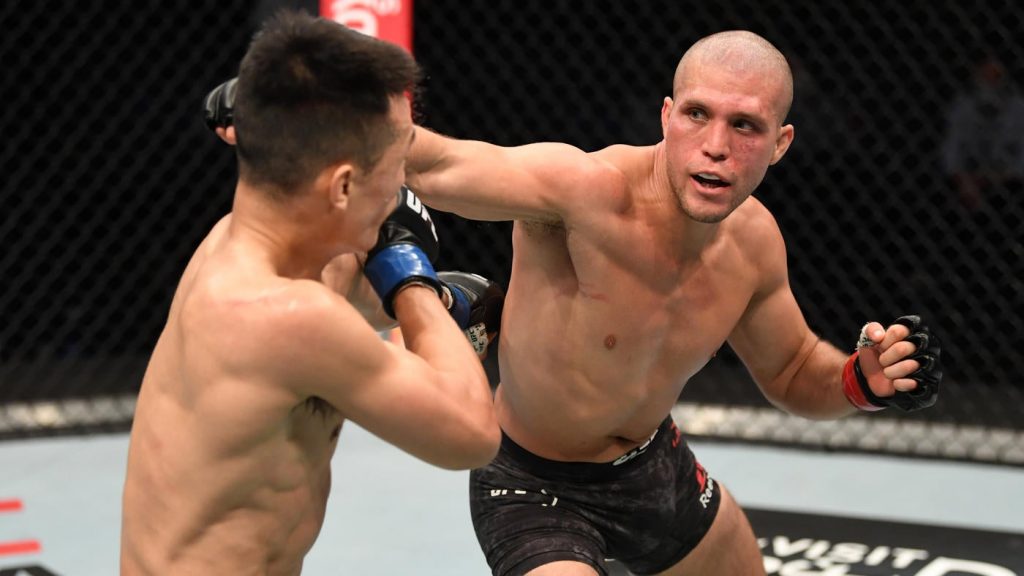 Brian Ortega has done something many fighters struggle to do – make a comeback after suffering a terrible defeat and experiencing an ego death.

His loss to Max Holloway was brutal. Not only was it his first loss of his career, it was a one-sided beating. On top of this beating, was the real physical toll it took on his body. He had to undergo surgery to repair some of the damage, and many months to recover.

That was nearly 2 years ago, and he hasn’t fought until this past weekend. An experience like that could end careers. Hell, we have seen them end for much less. But it seems for Brian Ortega, this loss was a blessing in disguise.

It turns out that the young Ortega was kind of reckless in regards to his attitude towards training. Perhaps because he came from a rough background, or was just a natural athlete, but it seems he took his gifts for granted. Poor dieting, unfocused training regiments, and other issues have been brought up as of late to the previous iteration of Brian Ortega.

When people think of death, they often jump right to sadness and depression – thinking death can only be a bad thing.

However, death can be a good thing too. Particularly when you allow the weak parts of yourself to die and let go of them. After suffering that difficult loss, Brian had to allow the old him to die, so that a new and improved version of him can be born.

Such a transition is never easy, which is why we seldom see it. Especially when you have someone who was so successful, it can be hard to convince them that change is needed. But anyone who watched his last fight with the Korean Zombie can attest that he has definitely stepped up a notch. It’s often why people need to hit “rock bottom” before making a big change in their life.

But, if you are wise – you can create change without having to suffer the pain of dying. The part that makes change difficult is the ego. To change, means that you are acknowledging whatever you were doing before was suboptimal, or flat out wrong. People who do things wrong are generally seen as being inferior, ignorant, or stupid.

So guess what? When you are deciding to make a change in your life, the signal your ego is getting is that you were living as an idiot your whole life previous to that change. The ego is very defensive, and doesn’t like the idea of being considered stupid. So instead, it will make excuses, or flat out deny the truth – even if it’s staring it in the face.

I’m sure we all can find instances where we were defending indefensible positions simply because our ego wouldn’t admit to being wrong. I remember one time that I got into a heated argument with my brother over a lost wallet. I was so dug into my side of the story that I was completely blind to the truth. I believe my father had located it, which corroborated my brother’s story without a doubt. Yet, I remained steadfast in my stupidity for another 15 minutes, just because my ego did not want to suffer the embarrassment of being totally wrong.

And that was just a trivial issue of no importance whatsoever, which I’m sure many people can relate to. Imagine with something more important and core to your way of being how hard it would be to admit you were wrong so that you can grow?