How did you score Holloway vs Volkanovski? 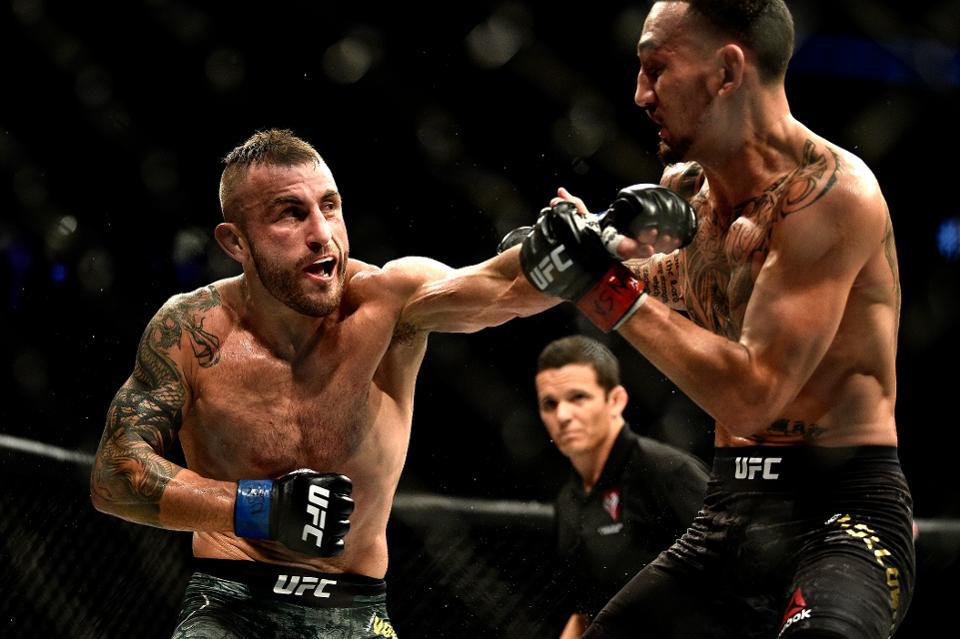 UFC 251 has 3 titles on the line, but only Max Holloway vs Alexander Volkanovski was close match up.

Too close for most it seems, as the judging seems to be split pretty evenly between Max winning versus Alex winning.

I know it is always popular to bag on judges, but in this case, I agreed with the judges, or at least understood the decision and respected it.

To be clear, Max won rounds 1 and 2 without a doubt – scoring knock downs in each round. Not major knock downs with an extra point, but definitely no questioning that he won the rounds in my opinion. That seems unanimous with everyone. Rounds 4 and 5 were Alex’s rounds, able to score take downs and push the pace, where Max started to look a bit weathered. That also seems to be agreed upon by most.

It is round 3 that was up for grabs. Alex seemed to turn the tide in that round, and started to take control of the fight. Particularly towards the end of the round, he closed it well, contrary to the previous two rounds where he got knocked down in the final 15 seconds.

I think UFC commentary is always heavily biased, and in this case, you can hear Bisping and Anik favoring Holloway the whole time. This is problematic for spectators, because when the commentators are biased towards one fighter, they will spend most of their time highlighting all of that fighter’s achievements. So when it comes time to judge for the public, it will seem obvious that the fighter that was hyped up the most was the winner.

But if you look at the punch stats, Alex out performed Max in both quantity and accuracy of strikes and take downs. Surprisingly, Alex out struck Max in rounds 1-3, but not in rounds 4 and 5 – the reverse of how I would have seen it.

So punch stats are not always the best metric to judge a fight, which might be why they don’t give that information to the judges. It would be easy for the judge to be lazy and just go with the fighter with better metrics rather that actually pay close attention to the fight.

I would have to watch the fight again, and turn off the commentary to really be sure though. I think it’s a good exercise to watch a close fight with no commentary, and see if you would judge it differently. You would be surprised how influential it can be, especially when it is heavily skewed.